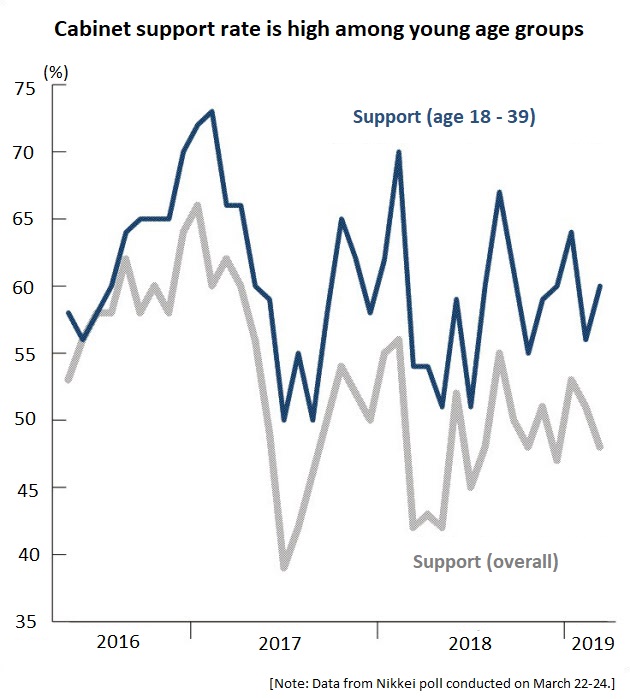 A notably high percentage of young people support a fourth [consecutive] term for Prime Minister Abe as Liberal Democratic Party (LDP) president. In the Nikkei [nationwide] public opinion poll conducted on March 22–24, some 35% of respondents said that they are in favor of Abe’s continuing to serve a fourth term while 54% said they oppose it. In contrast, over half of those age 18–39 said they want Abe to continue in office [after his third consecutive term ends in September 2021]. A similar trend can be seen in polls conducted by other media outlets that offer a breakdown by age group. The young generation tends to support both the Abe cabinet and its policies. The LDP will keep this in mind in putting together its election strategy. (Abridged) 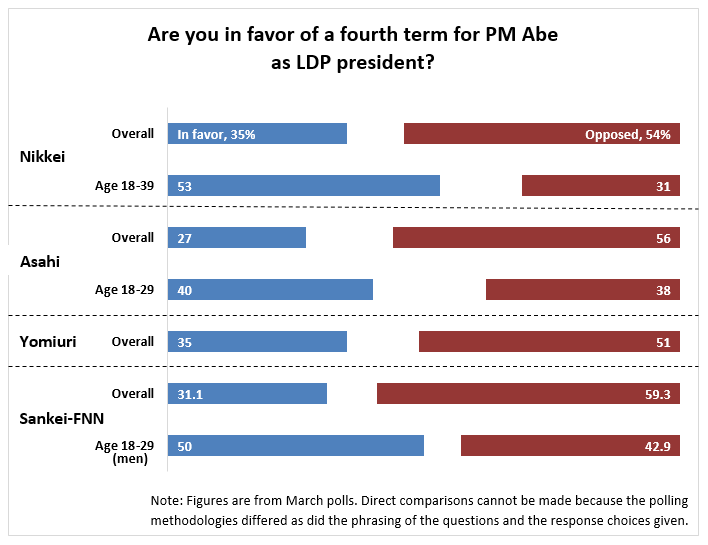