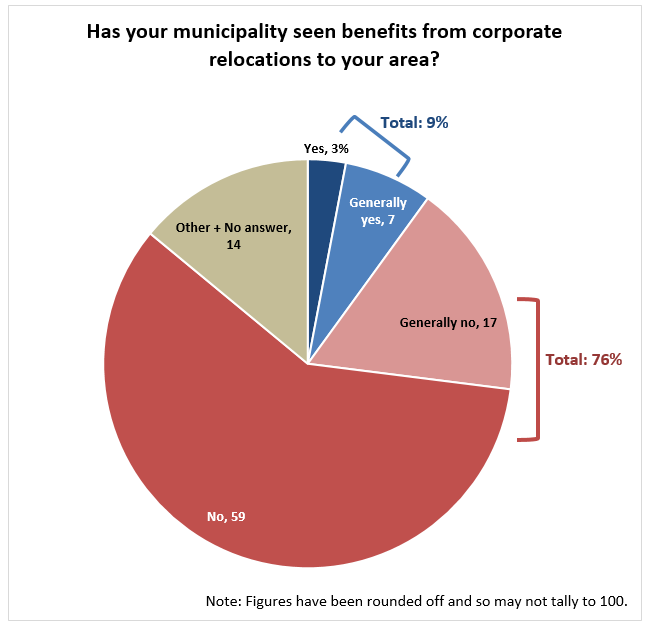 The Japanese government’s five-year program to promote the relocation of company headquarters from central Tokyo to regional areas has made limited progress, a Kyodo News survey found Sunday.

In a survey of 1,768 municipalities conducted since November, 76 percent said they had seen little or no benefit such as increased jobs.

Under its five-year program from April 2015, the government provides tax advantages when companies based in Tokyo’s 23 wards transfer their headquarters to areas other than Tokyo and three neighboring prefectures, or if those based outside Tokyo expand their head offices or move to other regions.

The government has been promoting corporate office relocations to increase local jobs and revitalize regional economies, but businesses prefer to keep their offices in Tokyo where their clients are also concentrated.

The number of cases in which tax breaks were given under the program stood at 287 as of February, far short of the government’s target of 7,500 by March 2020.

Only 9 percent of the municipalities said they had benefited from the central government program, according to the survey. Companies tended to set up new offices in major cities rather than in smaller cities or rural areas, it showed.