“The Act on Promotion of Gender Equality in the Political Field” calls for political parties to endeavor to field equal numbers of male and female candidates in assembly elections as much as possible. The upcoming nationwide local elections are the first large-scale elections since the legislation came into force in May 2018. All eyes have been focused on how many more female candidates will be fielded in the upcoming elections compared to past elections. In fact, however, women make up only 12.7% of all candidates fielded in the prefectural assembly elections. (Abridged) 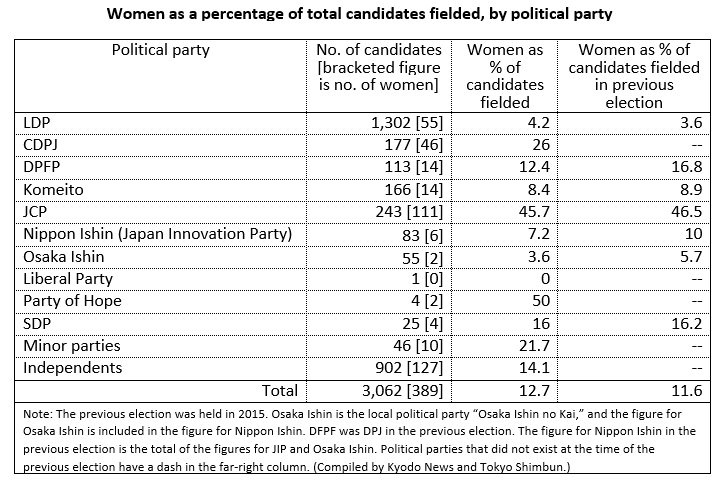 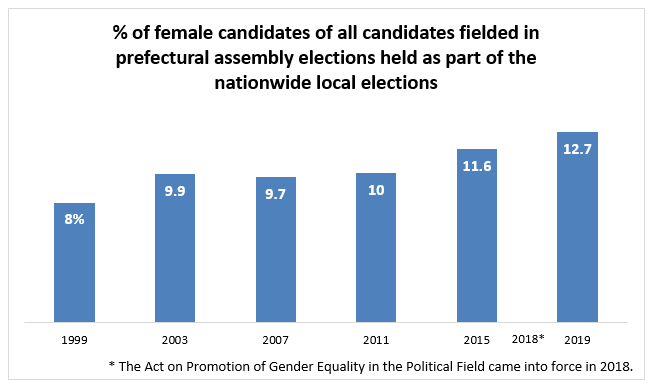