“Seiron” column: Russia has no intention to return islands to Japan 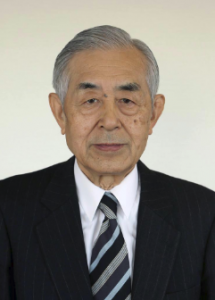 We should not take the results of opinion polls in Russia at face value. Two of the three major opinion poll organizations are affiliated with the government. The ways they conduct polls are also questionable. As poll takers call land-line phones to question respondents, results tend to reflect the voices of pensioners who stay at home rather than younger age groups.

Despite their faulty methodology, the polls are informative in some aspects. First of all, we can chart how figures change in response to major events. Second, we can learn the themes on which the government wants to conduct opinion polls. The following are some specific examples.

The popularity of President Putin is padded to some extent, but it generally remains high. Therefore, the three major organizations always conduct popularity surveys. As a result, they reflect relative changes in the president’s approval rating among the Russian people.

For example, the president’s popularity rating surged to 86.2 percent after Russia annexed Crimea in 2014 and to 89.9 percent after the country started bombing Syria in 2015. However, the rate currently stands at 64 percent. In January, 33.4 percent of respondents said they trust the president and 45 percent observed, “Russia is heading in the wrong direction.” These figures are a record low since 2006.

Why the president’s popularity tends to drop seems obvious. In short, the president is paying the price for his foreign adventures. He waged “small victorious wars” in Ukraine and Syria and the Russian people applauded him. However, it is easy to start but difficult to end a war. Consequently, Russia cannot find a way out of these quagmires, as it is engaged in operations on two fronts. The ballooning costs of the wars and of deploying troops are straining the Russian economy.

The Russian people at first earned bragging rights to celebrate victories, but now they realize “there is nothing to eat in the refrigerator.”

The Russian people are suffering triple economic woes: a heavy decline in oil prices; the nosedive of the ruble; and economic sanctions by the G7, the most advanced nations. President Putin tried to increase the national revenue by raising the age of receipt of social security payments and increasing the value-added tax rate. Although the Russian people can endure political inconvenience, they resist material inconvenience and the decline of living standards.

In 1917, demonstrators clamoring for bread took to the streets, which developed into the February Revolution in Russia. During 2004 to 2005, the Putin administration implemented a reform of a wide range of social security benefits by changing from the Soviet era payment-in-kind to payment-in-cash. The people suspected the reform was reducing their benefits and repeatedly took to the streets.

In today’s Russia, the Putin administration decides whether or not to conduct an opinion poll on the “transfer” of a disputed territory to the other country. This was clearly shown when a borderline between Russia and China was demarcated.

The Putin administration put an end to a territorial dispute with China in 2004. The two countries disputed the sovereignty of the three islands (Bolshoi, Great Ussuriysk and Tarabarova) at the confluence of the Ussuri and Amur rivers. The administration agreed to equally divide the entire area of the three islands and recognize one-half of the area as Chinese territory.

It should be noted that the Putin administration secretly negotiated with China, leaving the Russian people uninformed. Why? The reason is obvious.

If the Russian people, especially residents of the area in question in the Far East, had known the progress of the negotiations with China, the administration feared they would have strongly opposed the final settlement reached by the two governments.

In fact, then-Governor of Khabarovsk Viktor Ishaev who administered the disputed area opposed transferring even one square meter of land to China. Fully aware of such strong opposition from local residents, the Putin administration secretly continued negotiations with China. Therefore, the administration from the beginning had no intention to conduct in advance an opinion poll to question the Russian people on the territorial dispute with China.

What do Russia’s opinion polls on the Northern Territories suggest?

I actually watched on the Russian network Vedomosti how poll takers questioned Russian islanders in the Northern Territories. Surprisingly, in this opinion poll, officials interviewed respondents one by one and wrote down their answers. Who could be so bold as to answer in favor of transferring the Northern Territories to Japan in such a direct interview? As expected, 77 percent of Russian residents and 96 percent of islanders opposed transferring the islands to Japan.