The [April 21] local elections focused on the debate regarding the deployment of the missile tracking and intercepting system Aegis Ashore to the Ground Self-Defense Force’s Araya Exercise Area in Akita City, a project under consideration by the government. According to the survey conducted by the Akita Sakigake Shimpo of the election candidates, 25 of the 43 people elected to the prefectural assembly are opposed to the deployment (including those who are “generally opposed”) while 24 of the 36 elected to the Akita City Assembly are opposed (including those who are “generally opposed”). (Abridged) 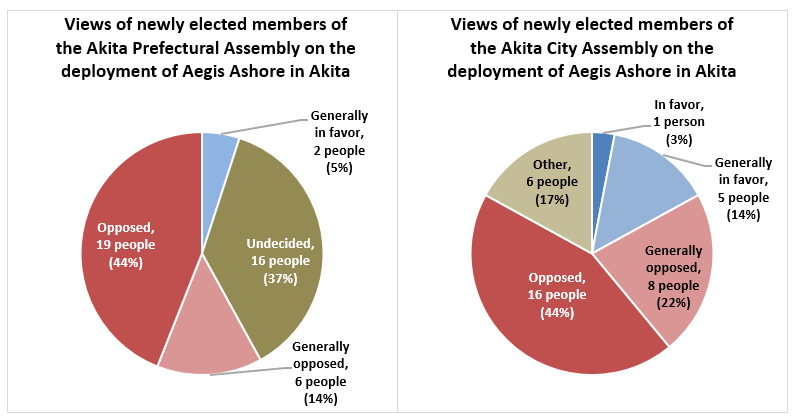