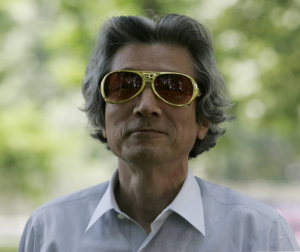 This is the last in a series on influential figures in the Heisei Era, which began in 1989 and will end when Emperor Akihito abdicates on April 30. In Heisei, Japan was roiled by economic excess and stagnation, as well as a struggle for political and social reform. This series explored those who left their imprint along the way.

For Japanese voters, the better part of the 30 years of Heisei was marked by the search for real reform as the nation struggled with the economic stagnation of the 1990s commonly referred to as the “lost decade.”

Pessimism about the future was widespread, and the Diet’s stereotypical, geriatric politicians continued to rule the country.

Then came Junichiro Koizumi, the maverick reformist who upended Japanese politics during his tenure from 2001 to 2006.

According to a survey conducted by Kyodo News in February and March, Koizumi was regarded as the most accomplished politician of the Heisei Era, with 77 percent of 1,930 respondents across the country selecting him. He was followed by Prime Minister Shinzo Abe with a distant 38 percent, and late Prime Minister Noboru Takeshita at 22 percent.

“Koizumi is the one who has left the strongest impression (on the public) over the past 30 years, for better or worse,” said Kazuhisa Kawakami, professor of political science at International University of Health and Welfare.

A fan of Elvis Presley, opera and kabuki, he was a lone wolf who pushed for a number of administrative reforms, each of which unfolded with political drama that centered around battles between his “reformist” camp and the anti-reform old guards in his ruling Liberal Democratic Party who were collectively labeled the “resistance forces.”

Among Koizumi’s reforms were initiatives to reduce wasteful public works spending; privatize the massive postal system and expressway corporations, which were strongholds for vested interests and pork-barrel politics, and to force the nation’s ailing banks to clean up their bad loans and to help turn around the economy, which was crippled by the implosion of the bubble economy and the subsequent banking crisis that ensued in the late 1990s.

For all of his reformist bluster, however, Koizumi ended up leaving a negative legacy as well — one that transformed Japanese politics thereafter.

Capitalizing on his maverick persona, analysts said, Koizumi’s strategy was to take advantage of public sentiment — which potentially set a dangerous precedent for populist politics.

“He took advantage of populism, but he also created an era where TV stations greatly influenced politics,” said Iwao Osaka, associate professor at Komazawa University and an expert on politics and media. “The same can still be said in this age of the internet, too.”

The telegenic and single Koizumi, immediately recognizable by his mane of white hair, was often described as the master of “one-phrase” politics, making full use of sound bites television producers can’t resist.

It was a win-win deal for Koizumi and the media: He got his ideas repeatedly echoed on news and entertainment programs, and television producers got better ratings.

Unlike his predecessors, Koizumi held the press gaggles locally known as burasagari twice a day. Using these sessions, he would declare his mantra of “no growth without structural reform” and often talk of crushing “resistance forces” that opposed his “reforms without sanctuaries.”

The binary “reformers versus resistance” narrative was so effective that many politicians in his wake, such as Tokyo Gov. Yuriko Koike, Nihon Ishin leader Toru Hashimoto and Prime Minister Shinzo Abe have all tried to mimic Koizumi’s populist approach, experts say.

Perhaps his most dramatic populist gambit was the decision to call a snap election over postal reform in September 2005. For Koizumi, privatization of the massive state-run postal system — often called the world’s largest bank — was a long-held goal. So when the Upper House vetoed his plan, Koizumi dissolved the Lower House and called a snap election.

Politicians and observers argued that Koizumi’s decision didn’t make sense, given that his privatization bill had already passed the Lower House — and some argued that calling an election because of a failed bill was an affront to the parliamentary system.

But in the age of Koizumi’s theatrical politics, voters embraced the prime minister’s stance of punishing legislators who didn’t toe the party line. While at it, Koizumi’s LDP reassigned electoral districts to celebrity politicians — dubbed “assassins” at the time — to run against those who opposed his reforms.

The battles between the “reformers” and “anti-reformers” drove up TV ratings, which prompted the stations to play up the election as if it were an entertainment show, leading to a landslide victory for the Koizumi camp, Osaka of Komazawa University explained.

“The public image of Koizumi has put constraints on all prime ministers after him,” said Jun Iio, professor of political science at the National Graduate Institute for Policy Studies. “Everyone felt pressured to act just like him and tried to say something very clear and easy to understand. And some politicians who couldn’t act like him just made blunders.”

In fact, experts said that Abe, who followed Koizumi with his first administration in 2006, tried to ape his populist predecessor’s approach — and failed. After a crushing defeat in the July 2007 Upper House election caused by scandals in his Cabinet, Abe opted to step down in September, partly because of health problems.

After staging a surprise comeback and forming his second Cabinet in December 2012, Abe is now more adept at controlling his public image via online media, Osaka of Komazawa University said.

During his first stint as prime minister, Abe tried to push for many controversial goals all at once, particularly the publicly sensitive issue of amending the Constitution. The next time around, he first won hearts and minds by emphasizing the economy, before returning to his long-held goal of revising Article 9, Osaka said.

Iio of the National Graduate Institute for Policy Studies meanwhile said: “Abe has attached great importance to directly connecting with the people. That’s why he conducts opinion polls so frequently.”

In fact, after Koizumi, the most powerful factor in Japanese politics appears to be the Cabinet’s monthly opinion poll numbers.

“Koizumi oversimplified politics, and now politicians rely too much on the result of opinion polls — that’s one of the bad legacies of Koizumi,” Iio said.

And yet, before becoming prime minister, Koizumi was somewhat on the fringe of mainstream politics; he was often dubbed henjin (an eccentric) for his unconventional mindset.

Only after several drastic changes in the political environment of the Heisei Era was Koizumi able to emerge as a superstar, experts say.

First, big money scandals involving LDP politicians broke in the early 1990s, prompting voters to look for cleaner politicians. That coincided with a decade of financial malaise triggered by the collapse of the bubble economy from 1990 to 1991, an event that precipitated a grave economic slump that continues to linger today.

Amid the doom and gloom, the public yearned for a strong leader to break the cycle, not a traditional politician who adhered to Japan’s traditional system of consensus, Iio of the National Graduate Institute for Policy Studies said. “Social situations were so complicated that people wanted a leader who could deliver a clear story easy to understand. It was Koizumi who offered such a story,” he explained.

To be sure, Koizumi didn’t just rely on his charisma — he deftly capitalized on the political reforms passed by his predecessors in the 1990s to increase his power and weaken the old, stagnant political system dominated by his LDP’S warring factions .

In 1994, laws were revised under the coalition government of Morihiro Hosokawa to introduce single-seat constituencies in the Lower House and greatly improve transparency in the use of political funds. Shortly after, Prime Minister Ryutaro Hashimoto carried out a number of administrative reforms, including those to strengthen the power of the Prime Minister’s Office, particularly through the creation of the Council on Economic and Fiscal Policy.

Those reforms weakened the party’s intractable factions through the years and strengthened the power of the prime minister — all of which helped Koizumi steamroll the LDP elders.

“In a nutshell, Koizumi was the destroyer of the old LDP and the person who rebuilt it into the new LDP,” Osaka said. “He was a pioneer in an era in which politicians directly communicated with the people, for better or for worse.”

Koizumi was born on Jan. 8, 1942, in Yokosuka, Kanagawa Prefecture, now host to the largest U.S. naval installation overseas. Because of the large presence of U.S. personnel, American pop culture has long been popular with residents, which is considered a reason for his love of Elvis Presley.

Koizumi, who divorced in 1982, has three sons, two of whom are prominent public figures. Shinjiro Koizumi, born in 1981, is a Lower House member and one of the most popular politicians in Japan. Like his father, Shinjiro is an orator with media savvy and widely considered a likely candidate for prime minister in the future.

Kotaro Koizumi, born in 1978, is a popular actor in movies, TV dramas and commercials.

When Koizumi became prime minister in April 2001, his Cabinet had an extremely high approval rating. The figure hit a record of 85 percent in June that year, according to NHK polls, and his average was 54.5 percent throughout the 1,980 days of his tenure.

In contrast, the approval rating for the Cabinet of his predecessor, Yoshiro Mori, was only 7 percent, the reason Koizumi was regarded the savior of the LDP-led government.

After stepping down in 2006, Koizumi refused to discuss any political topics in public, saying he would only indulge in kabuki and operas for the rest of his life.

But in September 2015, Koizumi broke his silence by agreeing to be interviewed by the daily Asahi Shimbun. He passionately discussed the idea of doing away with atomic energy in light of the triple core meltdown in Fukushima in 2011. Since then, anti-nuclear campaigns are the only causes Koizumi has committed to.