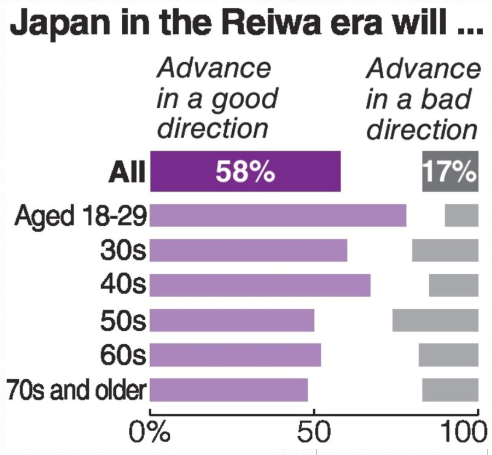 In the Reiwa era, Japan will be advancing in a good direction, about 58 percent of people answered in a recent nationwide survey conducted by The Yomiuri Shimbun, far exceeding the 17 percent who responded the opposite.

The latest survey was conducted from Friday to Sunday.

Before the new era name was announced, a similar survey was conducted in January and February in a different format with slightly different questions and answers. That survey found 59 percent of respondents said they believed the new era after Heisei either “will advance in a better direction” or “will somewhat do so,” showing almost the same proportion as the latest one.

In the latest survey, regarding the Golden Week holiday period running for 10 consecutive days through May 6 to celebrate the Imperial succession, 36 percent said it was good, while 50 percent answered the opposite.

When asked which party they support, 40 percent of respondents selected the ruling Liberal Democratic Party, up from 38 percent in the previous survey, while 4 percent chose the Constitutional Democratic Party of Japan, up from 3 percent. Those who do not support any party stood at 40 percent, down from 42 percent.

The survey was conducted by random digit dialing to landlines of 923 households and mobile phones of 1,216 users. The survey only applied to eligible voters aged 18 or older, and 1,053 people (536 on landlines and 517 on mobile phones) gave valid answers. (JMH created and added line graph.) 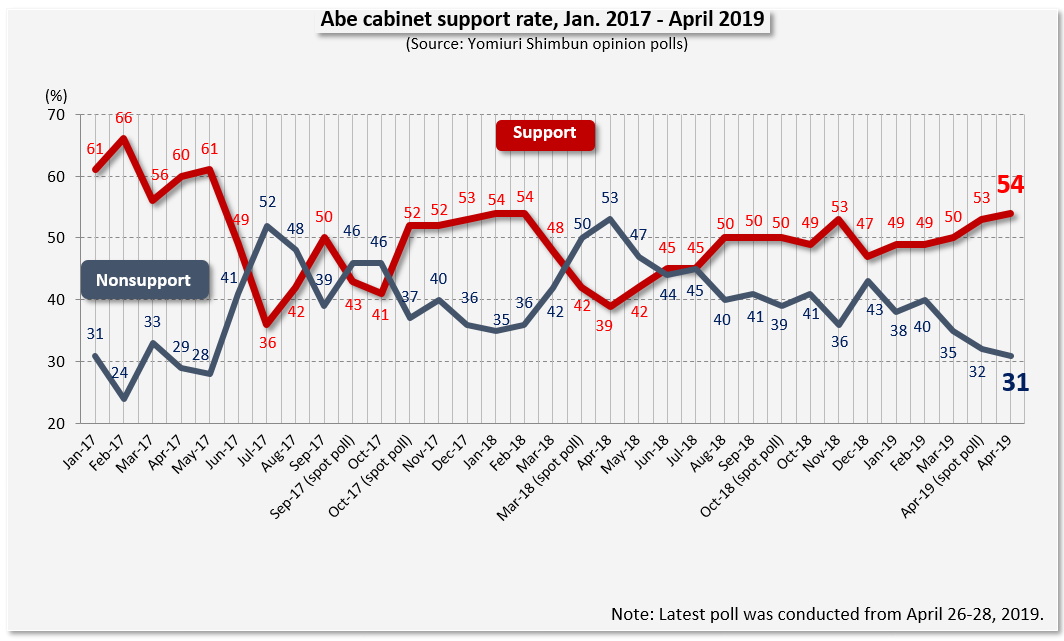