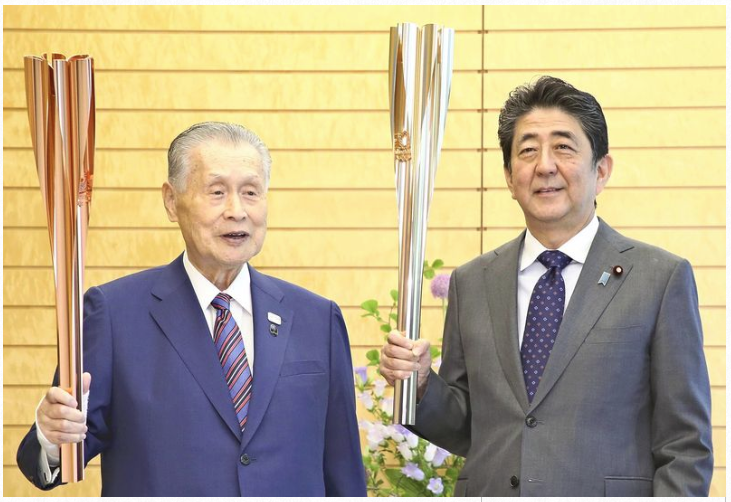 Prime Minister Shinzo Abe, right, and Yoshiro Mori, president of the Tokyo Organizing Committee of the Olympic and Paralympic Games, hold the torch to be used for the 2020 Tokyo Games at the Prime Minister’s Office on Thursday.

Prime Minister Shinzo Abe said the torch for the relay leading up to the 2020 Tokyo Games is “light” as he was briefed about the item on Thursday at the Prime Minister’s Office by Yoshiro Mori, president of the Tokyo Organizing Committee of the Olympic and Paralympic Games.

Abe made the remark as he held the torch, which was made using aluminum from the temporary housing set up after the 2011 Great East Japan Earthquake.

Responding to a suggestion from Mori to participate in the relay, Abe said with a smile, “I could, if it’s just for 200 meters.”