Over 40% of major companies say economy will “improve in Reiwa Era,” Sankei poll of 116 companies 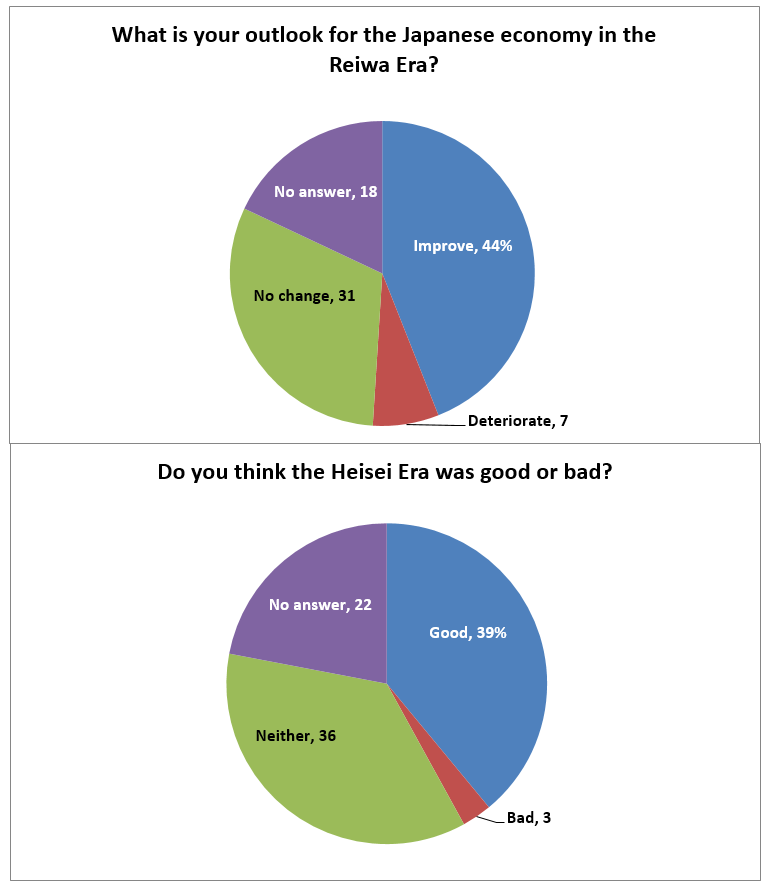 In a Sankei Shimbun questionnaire survey of 116 major Japanese companies, more than 40% of the companies polled said: “The economy will surely improve in the Reiwa Era.” Today Japan is at a crucial moment that will test whether companies can harness innovation and structural reform and successfully address the full-fledged population decrease on the horizon. Japanese companies will be faced with the challenge of demonstrating ingenuity as they did in overcoming the bubble economy and the Lehman Brothers collapse [in the Heisei era]. The results of the Sankei survey were released on May 5.

“To grow amid a population decrease requires creating new growth areas through innovation and radically raising productivity,” commented a bank representative. Asked what issues their company faces [up to two responses permitted], many companies said resolving the labor shortage and other issues through technological innovation, including artificial intelligence (AI), making this one of the most frequently given responses.

Asked what economic policies they wanted the government and Bank of Japan to take, about 20% of companies said medium- to long-term structural reforms such as fiscal reconstruction and social security reform, making these among the most frequently given responses. Few companies called for short-run “stimulus” measures, such as monetary easing and creating demand through fiscal expansion. The following comment received from an air transport company states the matter succinctly: “From the standpoint of managing risk and alleviating anxiety about the future, we would like to see the government and BOJ build sustainable foundations for the nation.” 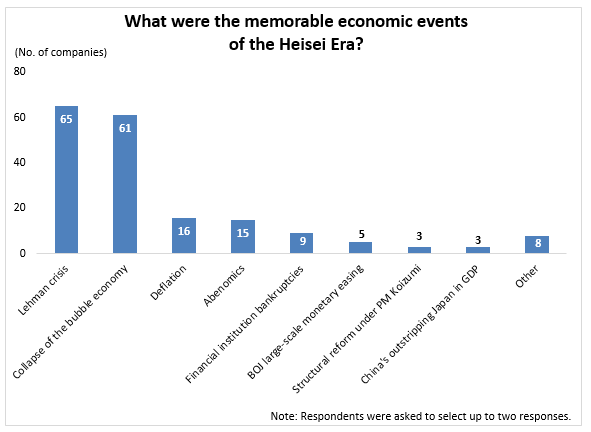 Asked to name memorable economic events that happened during the Heisei era [up to two responses permitted], over 30% of respondents said the “Lehman crisis” while a similar percentage said the “collapse of the bubble economy.” Despite that, 39% of respondents said that the Heisei era was “good,” vastly outdistancing the 3% who said it was “bad.” A comment by a chemical company reveals a confidence to overcome crises: “Our management reform worked well, and both our business performance and our stock price improved.”

Tsuyoshi Ueno, senior economist at the NLI Research Institute, comments on the challenge that will face companies during the Reiwa Era: “If the Lehman crisis can be described as a major injury, then the aging of the population with the decline in the birthrate can be called a chronic illness. To overcome it will require radical reform in a real sense.”

Japan’s national and local government debt exceeds 1,000 trillion yen today, and the BOJ’s large-scale easing is already in its seventh year. There is no longer any room for stimulus measures. With the weakening of Japan’s economic foundations on the horizon due to the population decrease, what Ueno calls “sluggish, low growth,” which is the negative legacy of the Heisei era, will continue in the Reiwa Era unless Japan grapples squarely with structural reform. 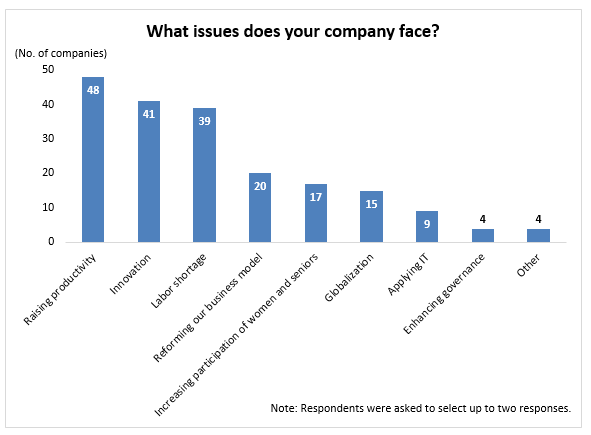