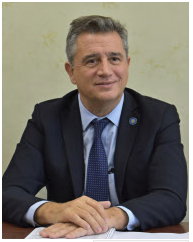 Argentine Agriculture Minister Luis Miguel Etchevehere expressed hope that Japan would completely lift its ban on imports of fresh beef from Argentina as early as 2020. He underscored that Argentine beef meets international hygiene standards and said, “It would be wonderful if we could get approval as soon as possible, or maybe by the next year’s Olympic Games in Tokyo.” Etchevehere sat down for an interview with The Nikkei in Tokyo.

Japan in 2018 lifted the ban on the import of beef produced in the Patagonia region in southern Argentina. Patagonia accounts for 10% of Argentine beef production. The agriculture minister said, “Japan has already acquired information through the screening of Patagonian beef, so not many steps are needed to open its market.”

In February Japan opened its doors to beef imports from Uruguay, Argentina’s neighbor. Etchevehere stressed the superiority of Argentine beef by saying, “It’s low in fat and tender and tasty because the beef cattle were raised on quality grass.”

He also expressed hope for progress in negotiations on an economic partnership agreement between the Southern Common Market (MERCOSUR), which Argentina established with Brazil and other countries, and Japan. He said: “We want to conclude the agreement as soon as possible. It’ll bring significant benefits to both sides.”