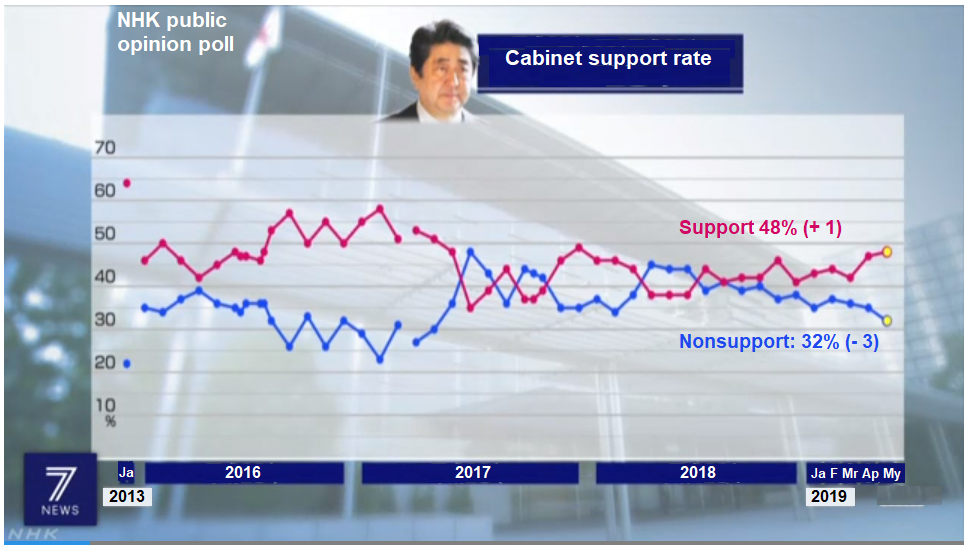 According to the NHK public opinion survey [for the month of May], 48% of pollees support the Abe cabinet, up by 1 percentage point from the previous month. Those saying they do not support the cabinet decreased by 3 points to 32%.

The nationwide survey was conducted by NHK over the three-day period of May 10–12 on a computer-aided random digit dialing (RDD) basis and targeted men and women aged 18 or over with calls placed to landline and mobile phone numbers. Valid responses were received from 1,260 of the 2,333 people polled. The valid response rate was 54%.