47% of LDP members are negative about factions in political parties, Yomiuri poll 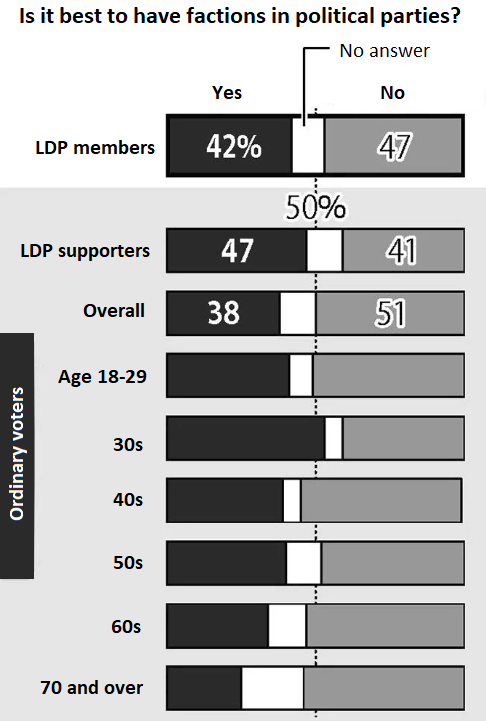 In the Yomiuri nationwide public opinion poll conducted of ordinary voters during the same period, 51% of respondents said that “it would be best not to have factions” in political parties, while 38% thought having factions was best. The percentage of those not favoring factions was particularly high among those in the 60s and the 70-and-over age groups. Among LDP supporters, those favoring factions edged out those thinking they are not necessary, 47% to 41%.

LDP party members have a higher average age than LDP supporters among the general voting population. Waseda University Professor Ikuo Kume (political science) comments: “The more the respondent has experienced the evils of factions in the era of multimember constituencies and knows the actual state of the factions, the more the person is negative about factions.”