TOKYO — Five years after Japan lifted a self-imposed ban on arms exports and related technologies, the nation has yet to ship a single piece of kit overseas.

The government of Prime Minister Shinzo Abe lifted the decadeslong ban on the export of weapons in April 2014, in a significant shift in defense equipment policy. The change was also aimed at paving the way for joint weapons development with other countries, but this also has yet to happen.

Japan ostensibly changed the law to strengthen its alliance with the U.S. and deepen security cooperation with other nations. But it also wanted to catch up with the latest generation of digitized weaponry, which operates through tightly integrated networks comprised of planes, ships and other hard assets.

Moreover, advances in civilian digital technologies have often been driven by the military, a case in point being the internet. Japan had expected the public and private sectors to benefit, if even slightly, by joint weapons-development programs.

The country is feeling the consequences of its late blossoming as an arms merchant. The state-of-the-art F-35A fighter jet, developed by a nine-nation consortium led by U.S. defense contractor Lockheed Martin, is a case in point. The project did not include Japan since it was launched before the policy change. Now, Japan must rely on the U.S. for maintenance of its F-35A fleet.

The problem with this was drilled home after the April 9 crash of an F-35A off the coast of northeastern Japan. The aircraft contains top-secret information in its black box, which could reveal details of the crash. But since the box was developed without Japanese support, even if recovered it will still be difficult for Japan to decipher the information on its own.

Exports of Japanese-developed weapons are faring even worse. None of the 10 or so attempted deals after the policy shift have borne fruit. Perhaps the bitterest failure was the loss of a contract to export a domestically built Soryu-class submarine to Australia.

Former Australian Prime Minister Tony Abbott expressed interest in the deal, but in 2016 his successor Malcolm Turnbull nixed it, choosing France instead after Canberra received assurances that the submarines would be built in Australia — a certain jobs creator.

Meanwhile, the United Arab Emirates wants to purchase Japan’s C-2 transport plane made by Kawasaki Heavy Industries but this deal may also be doomed. The country said it “cannot purchase [the C-2] if nothing is done” to include the capability for take off and landing on unpaved runways. 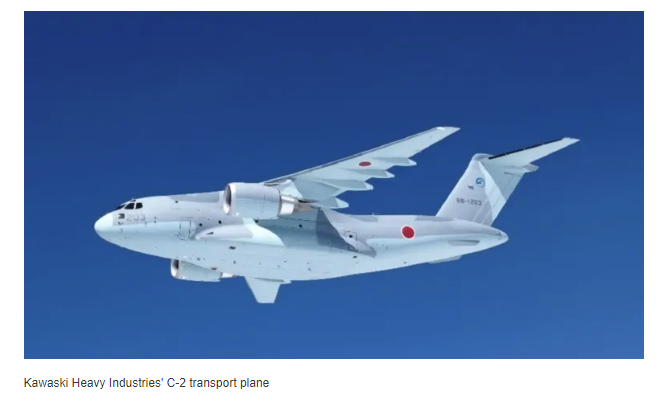 India is also browsing Japanese weaponry, however the two countries remain deadlocked in talks over purchase of the US-2 search-and-rescue amphibian aircraft made by ShinMaywa Industries. The steep price tag of 10 billion yen (about $91 million) each worries New Delhi, which is also demanding local production and technology transfers as part of the deal.

Japan has never developed weapons with an eye on export, instead focusing on their suitability for domestic forces. This has isolated its arms industry from the needs of other countries, hindering the appeal of Japanese weaponry with overseas clients. 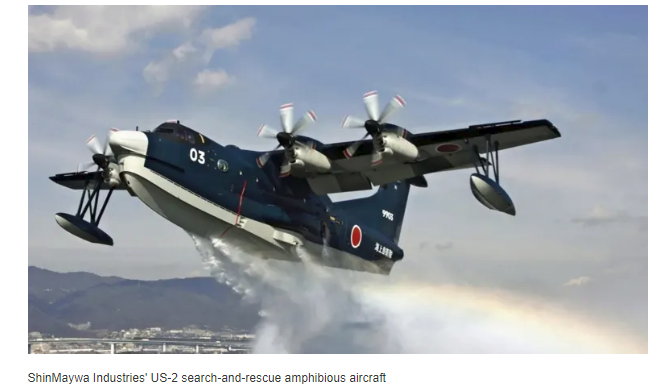 “What is happening to [defense] equipment resembles the failure of some Japanese manufacturing,” said Heigo Sato, professor at Takushoku University in Tokyo, referring to the private sector’s tendency of churning out great products for domestic consumption but with little cross-border appeal.

Sato pointed out that Japan has been unable to make products that fit the needs of partner countries in terms of price and performance. He thinks that it is better for Japan to initially partner with the U.S. and Europe in weapons development before striking out on its own.

But even this endeavor faces headwinds. The U.S. is balking at joint development for defense projects, fearing leaks of classified technology, a concern that has deepened since the start of its trade war with China.

Specifically, the Pentagon is concerned with the security of Japan’s information system. To allay fears, the Japanese Defense Ministry will require contractors to introduce cybersecurity standards adopted by the U.S. Defense Department starting in fiscal 2020.

Tokyo has also quietly started mulling creation of a mechanism to vet people with access to confidential information. This may be modeled after America’s “security clearance” system.

Japan has been steadfast in its goal to remain at peace since the end of World War II — a noble pursuit but one that has left the country’s arms industry far behind those of more aggressive states.