China’s new ambassador to Japan to start working on Thursday 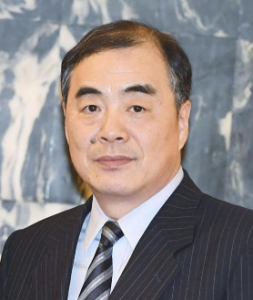 Kong Xuanyou, seen in this file photo, will assume his duties as Chinese ambassador to Japan on May 30, 2019, according to the Chinese Embassy in Tokyo. (Kyodo)

China’s Vice Foreign Minister Kong Xuanyou will assume his duties as the country’s ambassador to Japan on Thursday, the Chinese Embassy in Japan said Monday.

Kong, who is considered an expert on Japan, will become the ambassador to the neighboring country after Cheng Yonghua ends what has been an unusually long stint for a Chinese envoy in Tokyo.

Kong will take the position around a month before Chinese President Xi Jinping visits Japan in June, when the nation hosts the Group of 20 summit in Osaka. It would be Xi’s first trip to Japan since he came to power in 2013.

Educated at Shanghai International Studies University where he majored in Japanese, Kong is a career diplomat who served as ambassador to Vietnam and assistant foreign minister before becoming vice foreign minister in 2017.

Kong has doubled as China’s special representative for Korean Peninsula affairs at a time when the international community is closely watching whether North Korea will achieve denuclearization as its leader Kim Jong Un has pledged.