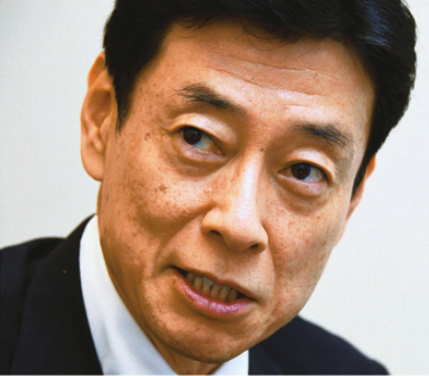 U.S. President Donald Trump visited Japan as the first state guest in the Reiwa Era. It was an unusually long trip of three nights and four days. The U.S. President and Prime Minister Shinzo Abe played golf and watched sumo on May 26 and then shared dinner, with the First Ladies also in attendance. On May 27, they had a summit meeting and met with the families of Japanese nationals abducted by North Korea. The day closed with a state banquet. On May 28, the two leaders visited the Maritime Self-Defense Force escort ship “Kaga.” The Prime Minister and the President spent a total of 11 hours together.

The two leaders were able to have in-depth conversation about the international situation and the economy among other topics. In addition to confirming basic policies, including North Korea policy, the Prime Minister and President further deepened their ties of trust. They were able to thoroughly deliver the message to people around the world that Japan-U.S. bonds are strong, and this is a very important outcome of the meeting

On the golf course, U.S. Ambassador to Japan William Hagerty and I were in the party following that of the two national leaders, and I was present at all the events, including the sumo viewing and the summit. It is my job to support the Prime Minister, and I watched the exchange between the leaders from a close distance throughout.

Golf has become an important forum for the two leaders to build trust, develop mutual understanding, and share information. On the menu for lunch were cheeseburgers. American beef was grilled up and topped with lots of cheese. Beef is a focus of the Japan-U.S. trade negotiations and the President commented, “Oh! It’s American beef? I see Japan is also buying it.”

It is said that the President and First Lady wore serious expressions as they watched the sumo bouts. The President seemed to be thinking hard about the traditions and rules of sumo. He asked many questions: Pointing at the prize money presented to one of the sumo wrestlers, he turned to the Prime Minister and asked, “What’s that?” I understand First Lady Melania wanted to watch more bouts, saying at the close, “Is it ending so soon?”

President Trump has high expectations for the trade talks

At the start of the April summit in the United States, the President said he “wanted to reach an agreement on the Japan-U.S. trade talks as soon as May.” At the start of the recent summit as well, the President said “August,” which is surprising. I think, though, he was expressing high hopes for the talks with the coming into force of the Trans-Pacific Partnership (TPP) trade pact and the Japan-European Union (EU) economic partnership agreement (EPA), saying, “I’d like you to think of the United States, too” and “Let’s move quickly with the negotiations.”

At the summit, the Prime Minister listened carefully to hear the full intent of the President’s words and fully explained Japan’s stance, saying, for example, that beef “imports from the United States have increased 1.5-fold over the past two years.” Through their detailed exchange of views, they are forming a common understanding. As a result, they agreed to accelerate negotiations so that the deal is a win-win for both parties overall in line with the September 2018 Joint Statement in which they confirmed the arrangement will not be in excess of the agreement reached in the TPP.

They exchanged frank opinions on the international situation as well.

The media has reported that the Prime Minister will visit Iran, but nothing has been decided. Historically, however, Japan and Iran have had strong ties, and I also regularly exchange views with the [Iranian] ambassador and others as the chair of the Japan-Iran Parliamentary Friendship League. The Prime Minister has met with President Hassan Rouhani at the United Nations General Assembly for two consecutive years and is in a position, I think, to meet with Supreme Leader Ali Khamenei, as well. The Prime Minister intends to do everything in his power to promote peace and stability in the Middle East.

The Prime Minister has had more than 700 meetings with foreign leaders since the launch of his second cabinet. He has developed ties of trust with the leaders of many countries and this has become a great asset. The Prime Minister’s strong point is that he can answer any question he is asked. He is applying what he learned as deputy chief cabinet secretary and chief cabinet secretary and as prime minister during his first cabinet. I’m also gaining valuable experience.