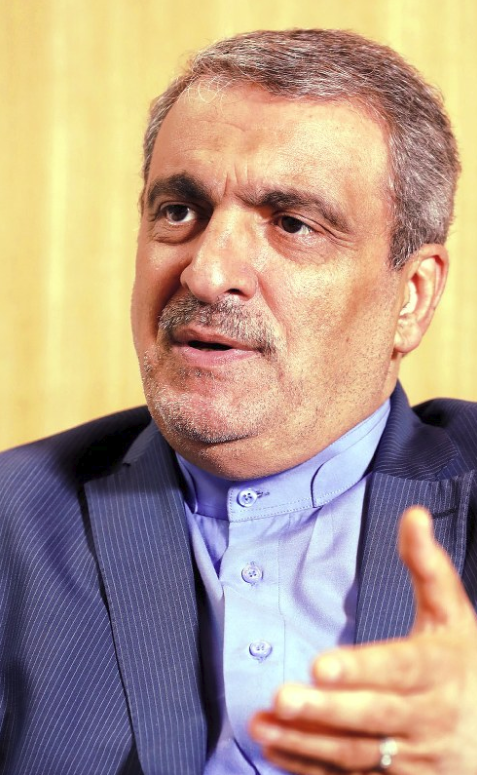 In advance of Prime Minister Shinzo Abe’s trip to Iran on June 12, Iranian Ambassador to Japan Morteza Rahmani-Movahed (59) granted an interview to the Mainichi Shimbun on June 6 in Tokyo. He expressed his hopes that Japan’s efforts to mediate would ease the tensions that have built up recently between Iran and the United States. He said, “I would like [Japan] to alert [the United States] that its current actions will create further tension in the Gulf region.” Recently, the United States has withdrawn from the Iran Nuclear Deal, which limits [Iran’s] nuclear development, and has increased pressure on Iran by imposing economic sanctions.

The Ambassador added, “Japan has friendly ties with both countries, and I welcome Japan’s stance of involving itself as a neutral and fair mediator to alleviate tensions.” He went on to criticize the U.S. economic sanctions, saying, “The United States is using its economic power to engage in ‘economic terrorism’ targeting the lives and health of the Iranian people. America is putting pressure on other countries, as well.”

The U.S. sanctions are imposed on oil exports, which undergird the Iranian economy. “If you are seeking the peace and stability of the Gulf region, all the countries in the area must be able to export oil,” the Ambassador commented. “Iran has no desire at all to wage war, but we will do everything we can to protect our national interests.” He added: “We hope Japan will continue to import Iran’s crude oil.”

During his upcoming trip, Prime Minister Shinzo Abe is scheduled to meet with both Supreme Leader Ayatollah Ali Khamenei and President Hassan Rouhani. “The meetings with our two highest ranking leaders were set up at Japan’s request,” the Ambassador commented. “This shows Japan’s importance in Iran’s foreign policy.” The Ambassador served as Adviser to the Minister of Foreign Affairs and Senior Political Expert in Iran before taking up his post in Tokyo last July.