The National Institution for Youth Education (NIYE) released on June 25 the results of a survey of high school students in four countries – Japan, the U.S., China and South Korea – conducted in 2018. 51.0 % of Japanese students said either, they were “very interested in or somewhat interested in studying abroad,” 6.2 points down from the previous survey in 2011, ranking last among the four countries. This indicates Japanese students remain very introverted.

The survey was conducted through written questionnaires, receiving answers from about 1,200 to 2,900 general course students in each country. 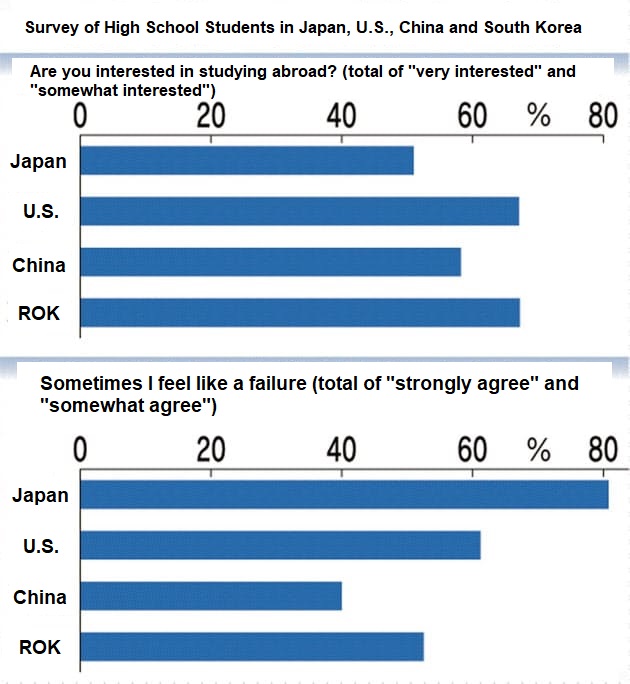 “It is important to increase the number of hands-on experiential activities through which students can become more interested in society so that they can realize they are of help [for society],” said Tetsuya Murakami, director of the NIYE’s Research Center for Youth Education.