U.S. diplomat for Asia to make 1st trip to Japan, region from Thurs. 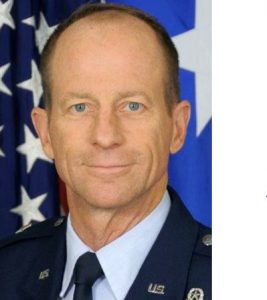 It will be Stilwell’s first travel to the region since his appointment to the post on June 20. The trip comes as U.S. President Donald Trump has pledged to “change” what he sees as an “unfair” security treaty with Japan.

During the Asian tour, Stilwell is expected to focus on ways to strengthen cooperation with the four allies in advancing a vision for a free and open Indo-Pacific and addressing regional issues such as denuclearization of North Korea and China’s militarization of the South China Sea.

In a visit to Tokyo from Thursday to Sunday, Stilwell will meet with senior Japanese officials to “coordinate efforts on regional and global issues, and deepen the U.S.-Japan alliance in pursuit of our shared vision for the Indo-Pacific region,” according to the department.

Trump has criticized what he sees as a one-sided security treaty with Japan. “If Japan is attacked, we will fight World War III…but if we’re attacked, Japan doesn’t have to help us at all. They can watch it on a Sony television, the attack,” he told Fox Business Network last month.

Stilwell, an Air Force veteran who speaks Korean, Chinese and limited Japanese, will meet with officials from the Foreign Ministry, the Defense Ministry and the National Security Council.

In Manila next Monday and Tuesday, Stilwell and Randall Schriver, assistant secretary of defense for Indo-Pacific security affairs, will attend a U.S.-Philippine strategic dialogue, according to the department.

Stilwell will fly to Seoul on July 17 for meetings with top officials from the Blue House and Foreign Ministry to discuss further strengthening the alliance and enhancing U.S.-South Korea cooperation in the Indo-Pacific region.

On July 18 and 19 in Bangkok, Stilwell will meet with officials from Thailand’s prime minister’s office and the Foreign Ministry for bilateral and regional issues, as Thailand chairs the Association of Southeast Asian Nations this year.

He will also meet business leaders in the U.S.-ASEAN Business Council.