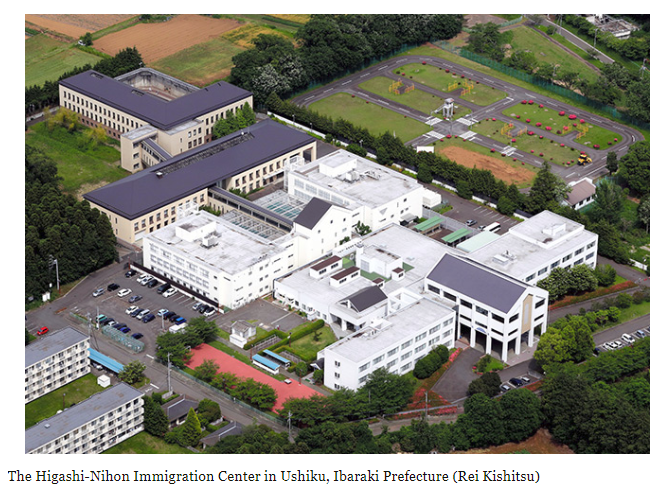 A man in his 30s who was detained about two years and eight months ago started his hunger strike on May 10. He didn’t eat for about 50 days and lost 25 kilograms.

“I have no choice but to hurt my body because only sick detainees can be paroled,” he said of his protest action.

Of the four men released from the Higashi-Nihon Immigration Center here, only Majid Seyed Nejat, 51, was identified. The others were the man in his 30s and two men in their 40s. They had all been held for more than two years for overstaying their visas.

They were due to be deported but were unable to return home for personal and other reasons.

Nejat was detained at both the Higashi-Nihon Immigration Center and a detention facility in Tokyo’s Minato Ward run by the Tokyo Regional Immigration Bureau. In total, he was held for two years and five months.

“My option was either to leave as a corpse or to walk out,” he said.

Nejat said his health condition had sharply deteriorated and he now has little appetite. He also is unable to use stairs as his left leg becomes numb.

Lawyers groups around the country have voiced alarm at a sharp rise in prolonged detentions for visa violations since 2016. Even the United Nations has criticized the practice.

On June 24, a Nigerian man died in the Omura Immigration Center in Nagasaki Prefecture.

There have been 15 deaths at detention centers or during legal proceedings since 2007.

There were reports that the Nigerian man had also staged a hunger strike in protest over his long detention.

According to the Iranian man in his 30s, he was informed he was due to be released from the center the day after the Nigerian man died.

“Generally speaking, temporary release is granted when the health of detainees deteriorates,” said an official of the Higashi-Nihon Immigration Center. “Depending on the situation, they could be detained again.”

Lawyer Koichi Kodama, who is well-versed in immigration issues, said the purpose of detention under the Immigration Control and Refugee Recognition Law is in preparation for deportation.

But when detainees cannot be deported, prolonged detention defeats the purpose of detention, he said.

“There needs to be a radical overhaul of policy in light of all these hunger strikes,” Kodama said.

Nejat called on the Japanese government to eschew long-term detention as a matter of human rights.

“I also want the government to give a chance to detained foreign nationals to remain in Japan as they can speak Japanese and can work.”