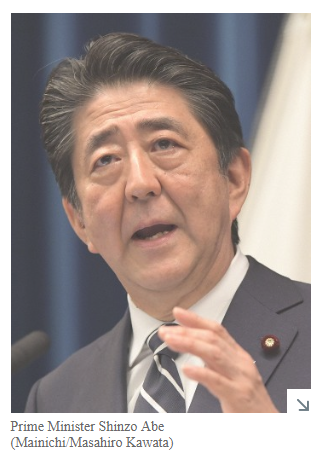 TOKYO — The ruling coalition’s victory in the July 21 House of Councillors election has paved the way for Prime Minister Shinzo Abe to stably run the government until the end of his term as president of the ruling Liberal Democratic Party (LDP) in September 2021.

In contrast to the political stability, however, questions remain about the stability of Japanese society.

The number of non-regular workers who are in unstable employment situations has kept increasing, while the amount of impoverished people has also been on the rise. One in seven children in Japan is now in poverty. The nation’s poverty ratio is above average among member countries of the Organisation for Economic Co-operation and Development. Japan is filled with a sense of stagnation as the gap between the rich and the poor is widening.

When iPhone, one of the most popular types of smartphone, was released in 2007, few people imagined that smartphones would become so widespread today. Smartphones could be replaced by something else in the future. We are now living in an era of rapid changes.

The voter turnout in the July 21 poll was low as if to reflect a sense of stagnation and uncertainty among the public. While hoping for political stability, the outcome of the election may suggest that voters’ hopes that politicians will break the sense of stagnation is waning.

Before the election, a report compiled by a Financial Services Agency working group suggesting that an elderly couple would need 20 million yen in addition to public pension benefits to finance a 30-year post-retirement life stirred controversy. The aging of the population has threatened not only the public pension system but also the health insurance system. There is no time to waste in carrying out reforms of the entire social security system. Which political parties are truly enthusiastic about fundamentally solving serious challenges to the social security system as a whole? Political parties and individual candidates hardly made specific proposals on ways to solve such problems during campaigning for the election.

There may have been limits to holding such debate at the time. However, both the ruling and opposition parties held debate that ended up causing a split in public opinion. The range of policy measures that can be realistically taken is limited. Did political parties seriously try to convince the public of such limits? Unlike populism, such efforts require patience. However, unless the ruling and opposition parties are enthusiastic about patiently making efforts toward that goal, a split in opinion and conflict would continue.

Instead of focusing on the length of his tenure as prime minister, Abe should strive to achieve policies that will be historically admired, that will unify a divided country and show a new vision for Japan.