The figure is 17.47 percentage points lower than the overall turnout of 48.80 pct and represented a 14.12-point fall from the previous Upper House election in 2016, the first national election after the minimum voting age was lowered from 20 to 18.

Further details showed that ballots were cast by 34.68 pct of 18-year-olds and 28.05 pct of 19-year-olds. Women’s turnout was higher than men’s in both age groups. 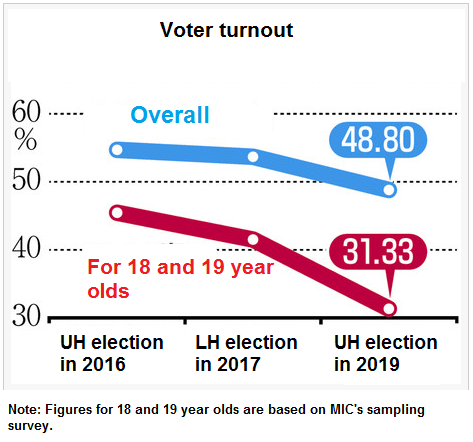