Commentary: Normalization of Japan-DPRK ties will be turning point in Japan-ROK relations 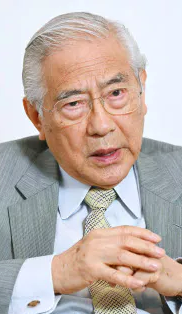 Even though Japan has beefed up its controls on the export of semiconductor materials to South Korea and removed South Korea from its “white list” [of nations entitled to preferential trade status], this does not mean that the flow of goods [between the two countries] has actually come to a halt. Going forward, Japan will need to carefully discern how measures can be taken in regard to economic impact. Politics and economics overlap in some respects in regulatory measures. Japan should proceed with prudence so that the economy is not affected.

Export controls are primarily introduced to protect cultural assets, conserve rare plants and animals, and control drugs. If “significant damage has been inflicted on the relationship of mutual trust,” the two nations should engage in dialogue all the more and develop [new] frameworks. A shortcut to achieving a breakthrough in the current situation is to change the level of debate and then engage in discussions. An example would be to set up a high-level bilateral council tasked with broadly discussing the export control framework and then to address the recent regulatory issues at that forum. A truly future-oriented approach is one that thinks about issues at a level that will impact the future.

It is hard to imagine that the South Korean government’s initiatives to end the nation’s dependency on Japan by manufacturing the parts and materials domestically will be broadly successful. The export industry, which undergirds the South Korean economy, is an industry with the fiercest international competition. The industry is built on adeptly procuring superior goods at low prices by leveraging worldwide networks. Moreover, South Korea has almost no small and medium-sized companies to shoulder domestic production. Leaning on large companies linked to chaebols [for domestic production] would further enlarge the chaebols, which Moon Jae-in opposes.

The boycotts of Japanese products in South Korea are not particularly harsh compared with those in the past. Tourism may cool off in the short term with the cancellation of school trips, but the substantive impact will be limited because the world has globalized.

The Moon administration has not upheld the bilateral pact on the comfort women issue. In its handling of the former requisitioned workers issue, the administration has ignored the 1965 Agreement on the Settlement of Problems concerning Property and Claims and on Economic Co-operation between Japan and the Republic of Korea. These moves by the South Korean administration have triggered the deterioration of bilateral ties, and South Korea’s actions are indeed inappropriate from Japan’s perspective.

This is not something, however, that will be resolved simply by making a counterargument. Japan is also being slightly overbearing in some ways. Why has the South Korean government taken no steps to stem the deterioration in Japanese sentiment toward South Korea? The Japanese side has shown absolutely no desire to try to understand even though South Korea must have its reasons.

For example, past administrations in South Korea have reviewed history, taking up matters back to the Donghak Peasant Revolution in the 19th century. For them, the former requisitioned workers and the comfort women issues are the tip of the iceberg. South Korea is a country saddled with a past whose history has to constantly be reviewed.

The power relationship between Japan and South Korea has also changed. In the past, Japan had more economic power and political influence by a very large margin, but now South Korea too has come to have quite a high degree of economic competitiveness. The Moon administration’s handling of [recent] issues is problematic, but one of the reasons is that the Moon administration has sat idly by not minding if Japanese sentiment toward South Korea somewhat deteriorates .

From a long-term perspective, Japan-South Korea relations are undergoing a major structural change. Years ago, politics and diplomacy were everything, but today relations exist on a different level through culture, economics, and sports. In the case of mature nations, the average citizen goes forward with tourism plans and the people of the two countries do not become hostile to each other even if political and diplomatic ties are bad. Japan-South Korea ties are becoming more mature although they are not completely mature yet. Japan-South Korea ties need to be viewed from a broader perspective rather than from the traditional perspective with its focus on politics. If both sides simply say that the administration of the other country is bad, there will be no resolution and things will just get worse.

The only thing that will prompt true reform and a radical reformulation of Japan-South Korea ties is the normalization of diplomatic ties between Japan and North Korea. This is because, at that time, all past issues, including the requisitioned workers, will have to be taken up once again by the entire Korean peninsula and history put to rest on all these matters.

The difference in the handling of North Korea is also a reason why Japan-South Korea relations have historically been complex. If Japan and South Korea have differing views on the North Korean threat, it leads to anti-Japan sentiment in South Korea. From a long-term perspective, the normalization of Japan-North Korea diplomatic ties will quell anti-Japan campaigns in South Korea.

Profile: Kazuo Ogura, now 80, graduated from the Faculty of Law at the University of Tokyo and the Faculty of Economics at the University of Cambridge. He joined the Japanese Ministry of Foreign Affairs where he served in various capacities, including as senior deputy minister for foreign affairs and as Japanese ambassador to South Korea. He is a former president of the Japan Foundation.