By Matake Kamiya, professor at the National Defense Academy 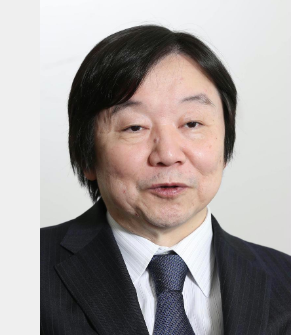 After the last House of Councillors election, many foreign diplomatic experts emailed me expressing a sense of relief about the election results. This is because foreign countries give high marks to Prime Minister Shinzo Abe’s diplomatic skills. The prime minister takes the lead in maintaining multilateral cooperation to preserve the rules-based international order. While building a close relationship with U.S. President Donald Trump who views the international community in accordance with his “America First” policy, the prime minister concluded the Trans-Pacific Partnership agreement as the TPP 11 after the U.S.’s withdrawal and promotes the free and open Indo-Pacific initiative.

Relations with Russia and North Korea are of concern

However, I have some concerns about Japan’s recent diplomacy because I have often seen that the government sticks with its original plans without reviewing them even though things don’t move forward as the administration intended.

One example is the administration’s policy toward Russia. Under the second Abe administration, the government put priority on the resolution of the Northern Territories issue and conclusion of a Japan-Russia peace treaty. It even shifted its policy from the four-island return to the two-island return first to draw concessions from Russia.

Has this strategy been successful? On June 22, Russian President Vladimir Putin said during a TV program that he has no plan to hand over Russian territory to Japan. On Aug. 2, Prime Minister Dmitry Medvedev visited Etorofu Island. Air Self-Defense Force scrambles against Russian aircraft exceeded 343 in fiscal 2018. These realities indicate that the government’s policy for strengthening the Japan-Russia relationship through the resolution of the Northern Territories issue and conclusion of a peace treaty have not smoothly advanced.

The government’s policy toward Russia also aims to keep China in check, but its effectiveness seems unpromising. Many diplomatic experts in the international community believe China and Russia share the view that a U.S.-led global order is incompatible with them. Hence they deepen their bilateral relationship.

“Trap” the U.S. was caught in the past

Under such circumstances, what is required is a flexible adjustment of diplomatic policy in response to an opponent’s moves. But I don’t think Japan is taking proper steps to meet the situation. Despite the aforementioned negative responses from Russia, the government has persistently maintained its basic stance by repeatedly saying it will accelerate negotiations for a peace treaty based on the 1956 Japan-Soviet Joint Declaration. The government seems to be unreasonably optimistic about the prospect of bilateral negotiations.

Similar optimism is also seen in the Japan-North Korea relationship. In May, Prime Minister Abe said that he will aim to have a Japan-DPRK summit without preconditions. However, North Korea remains uninterested in the premier’s proposal. The DPRK used foul language to describe the prime minister who maintains sanction measures against North Korea and calls for a dialogue. The DPRK said, “The thickness of the skin of Abe’s group is like a bear’s paw” and (the prime minister) “is a shortsighted fool.” But the Abe administration seems to remain hopeful about having dialogue with North Korea. I am not certain whether the government’s stance is realistic.

What makes Japan’s diplomatic policies optimistic and why can’t the government flexibly adjust them according to opponents’ responses? My concern is the trap of “group-think.” It is a concept advocated by U.S. social psychologist Irving Janis. The researcher suggests that when a limited number of liked-minded aides make decisions under a strong leader like a U.S. president, it tends to complicate the expression of different opinions, inconvenient information is neglected and the members don’t fully examine alternative proposals, which results in deterioration in the decision-making process. Janis raises a particular alarm over excessive optimism about the prospects of established policies. The psychologist explains that many decisions made by successive U.S. administrations that ended in fiascoes were caused by group-think, including the “northward advance” during the Korean War and the expansion of war during the Vietnam War.

Many of the central members in the Abe administration are close to the prime minister. It is natural for a leader to appoint individuals close to him as his aides. Ridiculing such appointments as “a group of friends” is only faultfinding. However, no matter how excellent a leader is, if he or she constantly discusses diplomatic affairs with only a limited number of aides, it becomes difficult to pay attention to different opinions and tends to lead to group-think. Caution is needed to prevent such an atmosphere.

In this column dated Jan. 15 this year, I deplored inward-looking opposition parties and the lack of lively discussion over foreign policy. But the problem lies not only with opposition parties. Despite significant changes by the government in diplomatic policies toward Russia and North Korea, I wonder why the ruling parties have barely discussed these.

Without open-minded discussions including pros and cons over the administration’s foreign policies, the government will lose opportunities to listen to different opinions and review the established policies. The government will eventually be caught in the trap of group-think. I want politicians of both ruling and opposition parties to have the courage to actively discuss foreign policy. I also want the government to listen to different opinions and adopt those effective for improving the quality of diplomacy and increasing its strength.