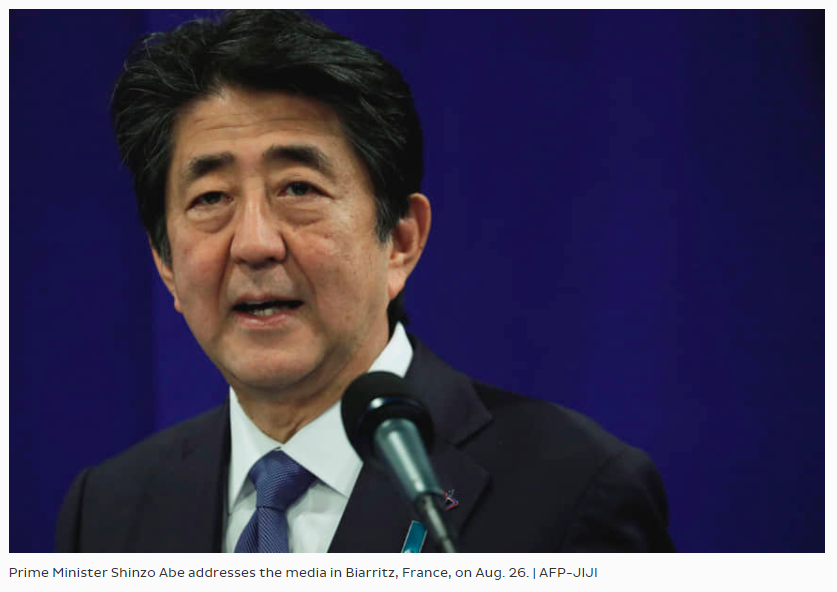 OSAKA – With Prime Minister Shinzo Abe expected to reshuffle his Cabinet later this month, attention is turning to who might get what posts, and from which Liberal Democratic Party factions any new ministers might be from.

Unlike most of the late 20th century, when the power struggles between rival LDP factions could make or break a prime minister, the overall power and influence of factions has waned.

But for LDP members, factions still function as a way of grouping like-minded politicians and as a source of information in the ever-complex political world of Nagatacho. And ahead of a Cabinet reshuffle and the convening of an extraordinary Diet session later in the fall, many LDP factions are planning to hold annual policy study sessions this week, which also are meant to strengthen bonds within the faction.

Officially, they are policy study groups made up of like-minded politicians within the party. Each faction has a policy platform members want to introduce. But in reality, they are groups that are meant to push their faction leader as LDP president, and therefore as prime minister, in its presidential election.

During the campaign, faction members frantically campaign to gather votes for their faction boss. Other work includes drafting policy platforms, persuading independent members and analyzing how many votes they have to win the election.

Faction rivalries also function as a way for members to compete with each other in terms of policies and power struggles as well as a way to train them to become seasoned politicians and ultimately seek to become prime minister.

In an article for the Australia-Japan Research Center published last August, Purnendra Jain, a professor at the University of Adelaide, and Takeshi Kobayashi, who works for a Diet member, argued that factions still matter for Abe because the members can vote in blocks and thus determine the outcome in LDP presidential elections.

In the 2018 LDP race, Abe secured a comfortable win with the support of four factions.

What are the main advantages of being in a faction?

If a faction leader wins the election, key members usually get a prominent post in the party or the Cabinet, so membership had been seen as one way to get promoted.

Traditionally, belonging to a faction offered candidates access to political funds, campaign support and the connections of the factional leader. Leaders used to have great power to influence Cabinet decisions, and the prime minister could not afford to ignore factional balances when choosing ministers.

Over the past 20 years, however, the power of traditional factions has waned, and most political and media commentators agree they are not as powerful and important as they once were.

At present, there are 71 LDP members who don’t belong to a faction.

Are there philosophical differences between the factions?

The most apt description for factional differences, in terms of political philosophy, is “different shades of gray.”

But with the strength of Abe and the faction led by party veteran Hiroyuki Hosoda, to which Abe used to belong, other factions don’t publicly challenge the LDP leadership in the way that, for example, young freshmen Democrats in the U.S. Congress like Rep. Alexandria Ocasio-Cortez challenge their party elders, with whom they differ on many fundamental issues.

Are LDP factions similar to party factions in other countries?

The factions in the U.S. Democratic and even Republican parties revolve less around one leader and more around a specific set of policy interests and ideals.

Various labels (liberal, centrist, social democratic) are attached to individual politicians to simplify their socio-economic views and general political philosophy. They may belong to a caucus based on the views and philosophy, which will meet and offer recommendations to the party as a whole.

The Republican Party has a wide range of factions, or wings, from neoconservatives to traditionalists to the Tea Party movement a decade ago. The different factions are often distinguished by the extent to which they oppose federal government control over individual liberties, or on how they view hot-button issues like abortion, gun control, and same-sex marriage — issues on which party members can have strong, fundamentally opposing views.

To what extent is Abe expected to rely on a factional balance when he reshuffles the Cabinet?

Given Abe’s emphasis on constitutional revision before his LDP presidential term ends in 2021, no one should be surprised if he chooses to prioritize those from factions who have long supported this effort, regardless of their expertise in one area such as finance, economics, or foreign policy.

Of course, Abe may well ignore factional politics and tap younger LDP members regardless of their factional loyalty, especially if they are popular with the public and the media. This could see Shinjiro Koizumi being tapped for a Cabinet post to cash in on his popularity. The young Koizumi, who already enjoys wide name recognition, was thrust further into the spotlight in August after the announcement of plans to marry TV personality Christel Takigawa.