70% of companies say that deterioration in Japan-ROK ties “having no impact on operations,” Sankei poll of 121 companies 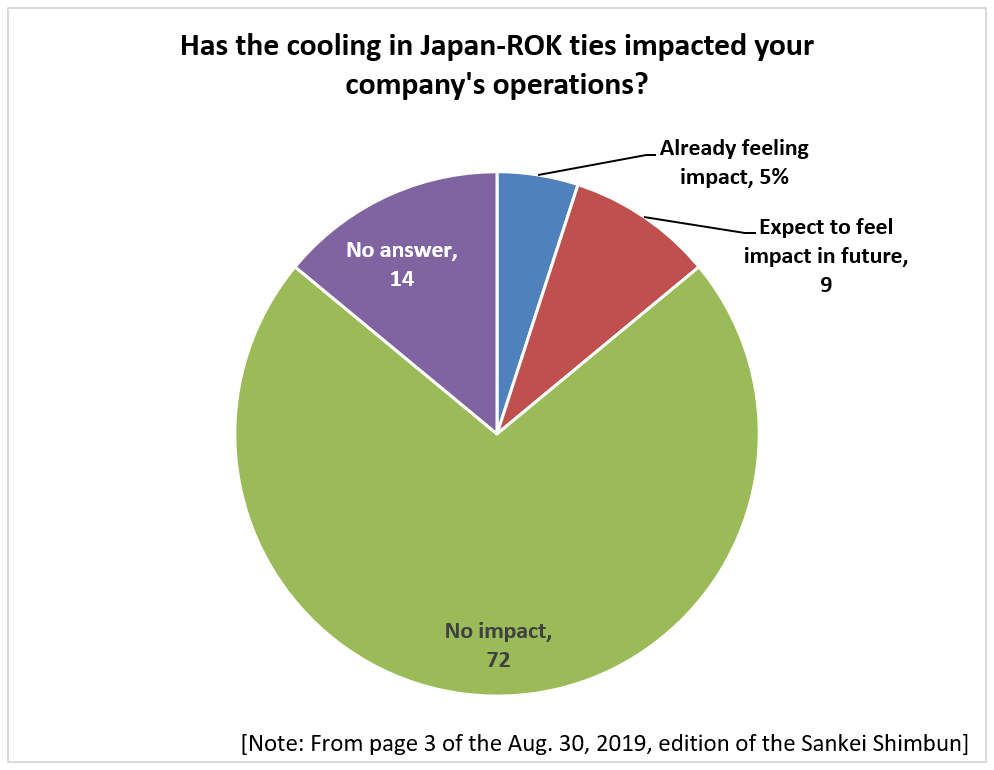 According to the Sankei Shimbun’s poll of major Japanese companies on economic conditions, over 70% of respondents said that the marked deterioration in Japan-South Korea ties, including Japan’s removal of South Korea from its “white list” of countries given preferential trade treatment, “has had no impact on company operations.” Sankei Shimbun received 115 responses to its survey as of Aug. 29.

Most companies said they understood the Japanese government’s response, adding that the cause [of the removal from the white list] lies in problems in the South Korean side’s export control framework. Companies, however, also expressed concern that the friction will become protracted. Some companies said they are being negatively impacted by the drop in orders from South Korea, confusion in supply chains, and the decline in inbound tourism from South Korea.

Asked for their views on the impact of the 2020 Olympic and Paralympic Games on the domestic economy, a total of 80% of respondents said that they either are “very hopeful” or “hopeful” that the Games will boost the domestic economy. This suggests that companies’ outlook on the economy is undergirded by their hopes for the Games amid the worsening of trade friction between the U.S. and China. 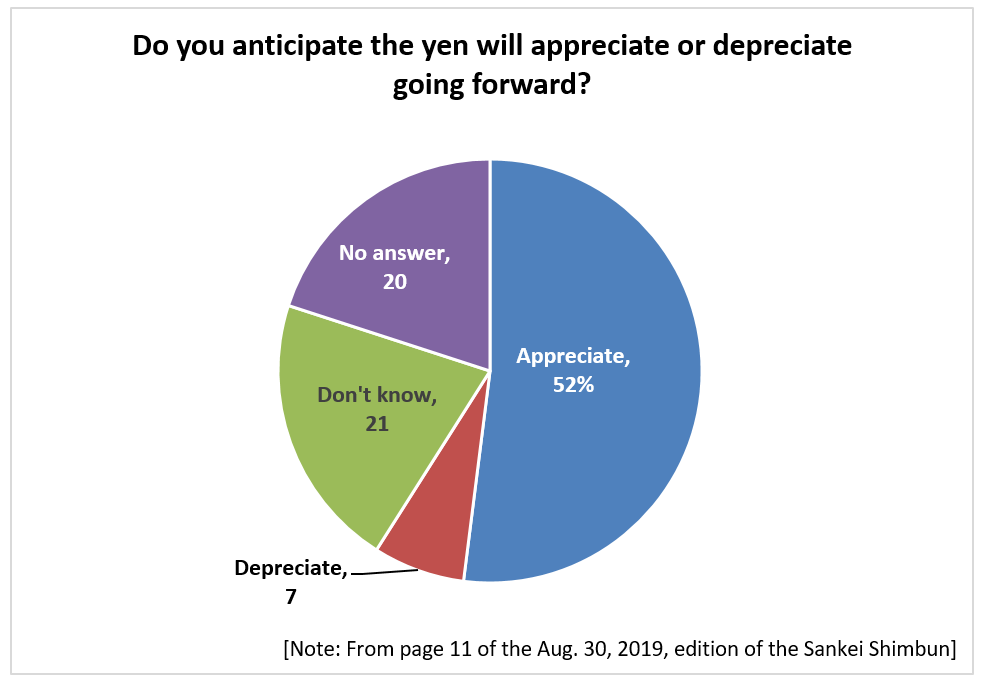 Over half of companies said the yen will tend to appreciate amid increasing moves to buy yen, which is seen as a safe asset, as the risk of an economic downturn overseas heightens.