Some companies concerned about post-Games downturn, Sankei poll of 121 companies 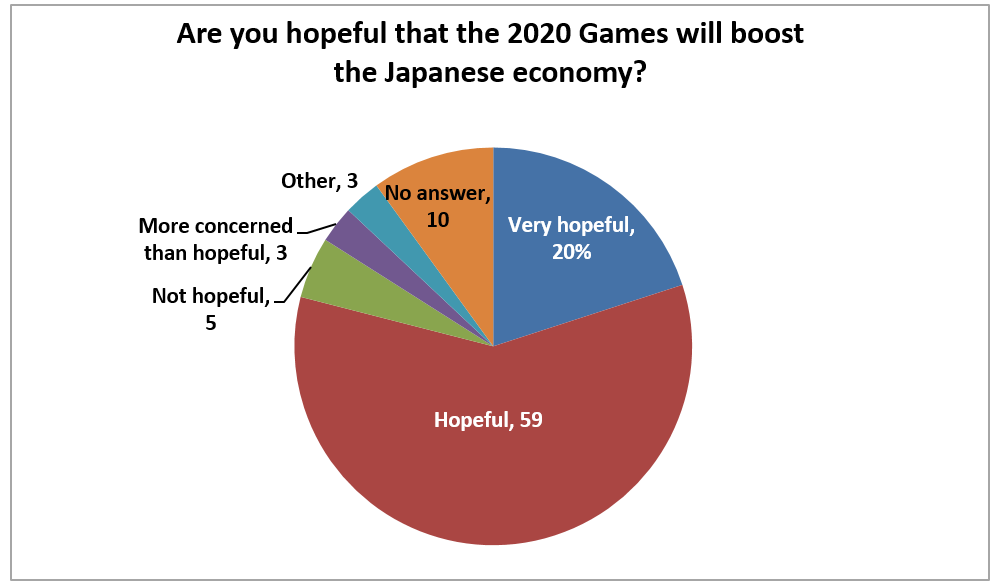 According to the Sankei Shimbun’s poll of major Japanese companies on economic conditions, about 80% of respondents said they are hopeful that the 2020 Olympic and Paralympic Games will boost the domestic economy, estimating that the expansion of infrastructure development and the increase in domestic consumption with the rise in foreign tourist numbers will stimulate the economy.

Respondents were split on whether a recession would follow in the wake of the Games, with 28% saying they are concerned about a recession following the Games and 31% indicating they are not.

More than 80% of respondents said that the domestic economy will remain firm this fiscal year, with 28% saying that it will “expand slightly” and 56% saying it will “level off.” A total of 14% said either that the economy will “enter a recession” or “enter a slight recession.” Of that 14%, some 23% said that “real recovery will come in or after fiscal 2021.”

Asked for their views on the fact that Japan and the U.S. aim to conclude a basic agreement on trade in September, 30% said that the move is appropriate, greatly exceeding those who thought otherwise. A precision instrument company commented: “It would be best for an agreement to be reached soon to prevent the kind of turmoil being seen in U.S.-China trade.” 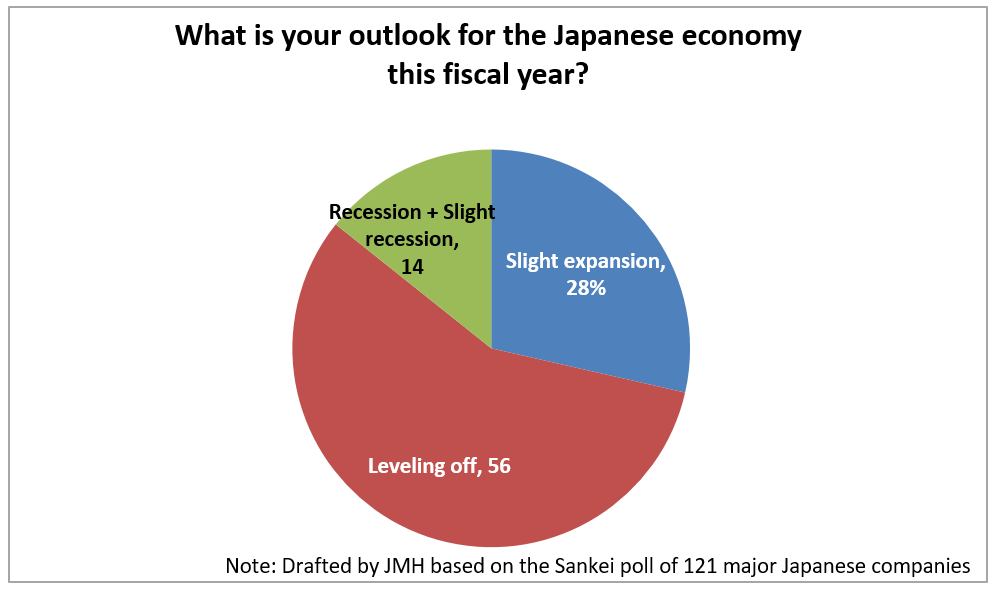