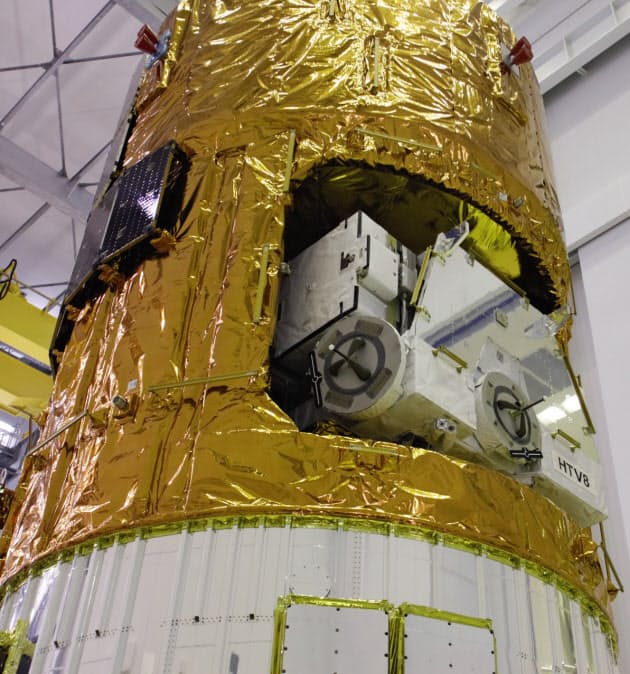 The Kounotori 8 cargo transporter is scheduled to be launched on Sept. 11. (photo courtesy of JAXA)

On Sept. 11, the Japan Aerospace Exploration Agency (JAXA) will launch “Kounotori 8,” an unmanned cargo transfer spacecraft that will deliver supplies to the International Space Station (ISS). Technology for HTV-X, the new cargo transporter now under development, will be tested in Kounotori 8. The spacecraft is scheduled to transport to the ISS an optical communications device JAXA jointly developed with Sony for small satellites and to perform verification tests using Kibo, the Japanese experiment module on the ISS. This year, JAXA marks the tenth anniversary of Kounotori’s first flight as well as the completion of Kibo, and JAXA is advancing its technological development in cooperation with companies.

Mitsubishi Heavy Industries and JAXA plan to launch H-IIB Launch Vehicle No. 8 with Kounotori 8 (HTV-8) aboard from JAXA’s Tanegashima Space Center (Kagoshima Prefecture) at around 6:33 a.m. on Sept. 11. Kounotori 8 will transport about 5.4 tons of supplies to the ISS. In addition to food, clothing, drinking water, and the like, it will deliver replacement lithium batteries and various test equipment.

Over the 10 years since its first flight in 2009, Kounotori has had a perfect success rate. With sights set on transporting supplies to “Gateway,” a new U.S.-led Moon-orbiting station under consideration, JAXA is now developing HTV-X, a next-generation cargo transporter that is even more advanced than Kounotori. HTV-X’s first flight is scheduled for fiscal 2021.

Technology for the new cargo transporter will be tested in HTV-8 [to be launched on Sept. 11] and HTV-9, whose launch is scheduled for fiscal 2020. The sensor for controlling the transporter’s position will be changed to a “star tracker” in HTV-8. Up through Kounotori 7, however, “earth sensors,” which orient and control the position of the spacecraft by detecting the Earth’s rim, were used.

With a star tracker, the orientation of the spacecraft is calculated by measuring the position of the surrounding stars. It is the standard method used in artificial satellites and probes. It makes possible position control even in places remote from the Earth, such as areas surrounding the Moon. 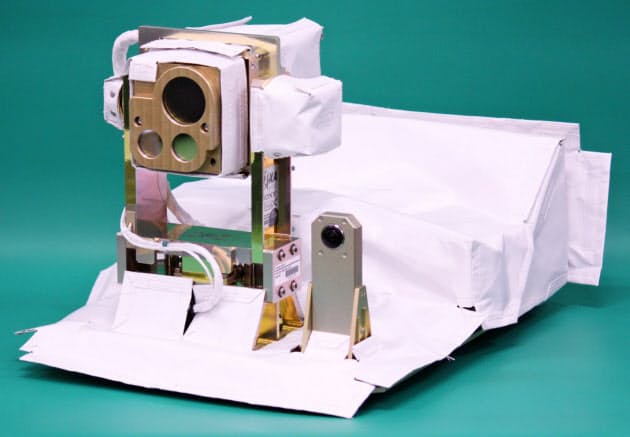 Kounotori 8 will transport to ISS an optical communications device developed by JAXA and Sony for small satellites. The device will be used as test equipment. In collaboration with JAXA, Sony has promoted research on applying to space development the technology it has cultivated through its development of optical disc products, including CDs and Blu-ray.

The device is scheduled for installation in the Exposed Facility of the ISS’s Kibo and will conduct laser light-based communications tests with the Earth. Once the tests are completed in fiscal 2019, the device will be retrieved on Earth and detailed analysis conducted of its durability and other performance indicators. (Abridged)