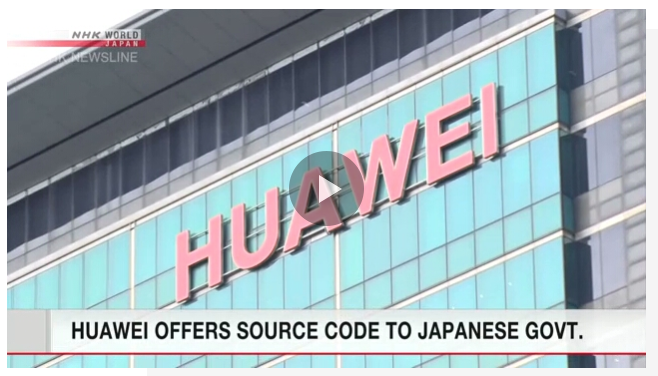 The government began in April to take security risks into consideration when it procures telecom equipment to counter growing threats of cyber-attacks.

It is believed that Huawei and some other Chinese makers are effectively banned from selling their products.

Chief Cabinet Secretary Yoshihide Suga said on Thursday that Huawei has proposed to make its source code available so that the government can make sure Huawei products are risk-free.

Suga also said the government currently does not examine the source code of products of any particular maker, and added that it has no plan at this point to accept Huawei’s offer.