Nissan board pushes out Saikawa after disclosure of improper compensation 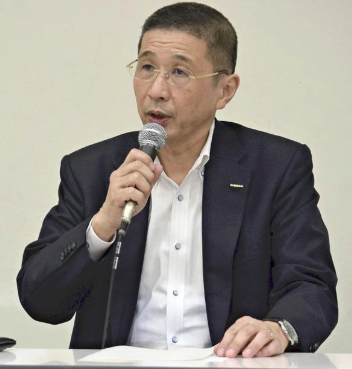 Nissan Motor Co. announced Monday that President and Chief Executive Officer Hiroto Saikawa will resign, effective Sept. 16. The company’s board requested his resignation in the wake of a revelation that he had improperly received compensation, and he accepted the request.

The automaker aims to choose a successor by the end of October. Meanwhile, Chief Operating Officer Yasuhiro Yamauchi will serve as acting CEO until then.

The successor will be chosen by the company’s nomination committee, which consists of outside directors and is chaired by Masakazu Toyoda, who said the next president “must be well-versed in the global automobile industry and have a deep understanding of and great interest in Renault and Mitsubishi Motors,” referring to the alliance partners.

The committee is said to have narrowed the number of candidates, including those from French automaker Renault SA, to about 10. As for a specific candidate, Toyoda said: “It’s a clean slate. The person will be determined though future discussions.”

Saikawa, 65, was found to have received tens of millions of yen more than he should have through a stock-linked executive pay mechanism. Nissan concluded that although there was no illegality in the payment, the action violated company rules. Saikawa said he would return the money he received improperly.

Another reason for resigning, Saikawa said, was that this in-house investigation has been put to rest so the company can “take the next step.”

“It was a big milestone,” he said, but admitted: “I wanted to reorganize everything and pass it down to the next generation. I apologize for not finishing the job.”

Earlier, Nissan’s independent outside director and chairman of the board, Yasushi Kimura, spoke about removing Saikawa.

“The decision was unanimous at the board meeting,” the former JXTG Holdings Inc. chairman said. “It was reasonable to enforce governance. We deemed that we could gain the minimum level of acceptance.”

Saikawa became president and CEO in April 2017. He had conducted negotiations on management integration with Nissan’s largest shareholder, Renault.