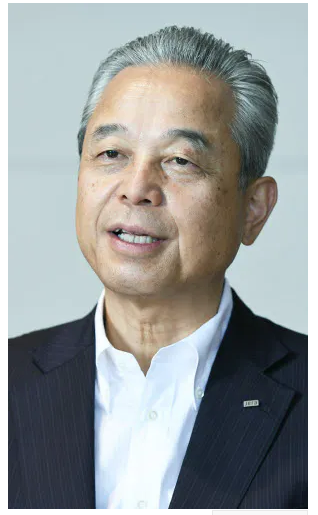 Concern is growing over a possible closure of the Strait of Hormuz amid rising tensions between the U.S. and Iran. How should resource-poor Japan address the geopolitical risk in order to maintain stable energy procurement? Satoshi Onoda, president of JERA, the world’s largest importer of liquefied natural gas, recently sat down with the Nikkei for an interview to share his views on the issue.

Question: Can you procure LNG from different suppliers if the Strait of Hormuz were closed?

Satoshi Onoda: We purchase roughly seven million tons of LNG from Qatar and the United Arab Emirates (UAE). We import a total of 35 million tons from around the world, so the Middle East accounts for roughly 20% of the total. There are two alternatives to the share of 20% from the Middle East. One is to procure from the market. For example, we are increasing imports from India because LDP there is cheap . But if the Strait of Hormuz is shut down and LNG prices soar, we may hold off making purchases. We have a good chance of being able to procure LNG from the market because there are other countries which would also be forced to do so.

If we still can’t get enough LNG, we will substitute coal, petroleum, and liquefied petroleum gas (LPG) for LNG. We are a power-generation company, so our ultimate goal is to continue to supply electricity. Even though LNG is hard to procure, we can rely on thermal power generation, which uses other fuels, to ensure a stable supply of electricity.

Q: Don’t you plan to lower dependence on the Middle East, whose risks have been exposed?

Onoda: I don’t think the Middle East’s ratio of 20% poses serious risks. It’s not that we can reduce imports from Qatar and the UAE because such imports carry risks. We need to consider the geopolitical risks around the entire world.

The U.S., where shale gas is booming, passed the Natural Gas Act. The law enables the government to revoke a permit to export [LNG] to non-free trade agreement nations, including Japan, if it believes exports to such countries will harm the national interest. We have already decided to procure not only from the U.S. but also from Canada and Mozambique. It’s important to develop a system for well-balanced procurement.

Q: How will you diversify suppliers?

Onoda: We’re focusing on Southeast Asia. The region largely relies on coal, but economic growth is pushing up demand for LNG. If more countries consume LNG, more countries will produce gas. It will eventually lead to diverse supplies and lower LNG prices. JERA can handle the entire process, from procuring LNG to building an LNG terminal to generating electricity. A company like us is rare in the world. We’d like to take the initiative in expanding demand for LNG.

The fact that we are the world’s largest importer of LNG enables us to gather information on trade even if the Strait of Hormuz is actually closed. The falling birthrate will push down demand for LNG in Japan, but we’ll maintain the level of LNG handled by offsetting the reduction in domestic demand with the growing demand in Asia.