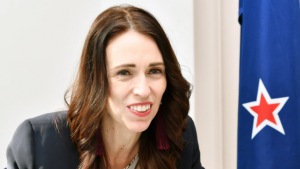 TOKYO — Prime Minister Jacinda Ardern said Thursday New Zealand’s spy agency will have the final say on whether to let Huawei Technologies build fifth-generation infrastructure in the country and that the government will not be swayed by the U.S. and Australia, stating, “We are very clear that it’s not a political decision.”

Ardern said in an interview with Nikkei in Tokyo that the decision will rest entirely with the Government Communications Security Bureau.

Last November, the bureau expressed concern about possible threats to national security if Spark New Zealand, a telecommunications provider, went ahead with plans to use Huawei equipment in its 5G network.

That announcement came months after Australia banned Huawei from supplying gear for a 5G mobile network, amid similar security concerns from a growing number of Western companies and countries.

U.S. President Donald Trump and his administration have maintained a tough stance on Huawei over cybersecurity.

Ardern said: “New Zealand has its own legislation, and an independent foreign policy. … We have a framework that helps us as a nation make decisions around communication and security issues that actually sits separate from our political process.”

The country is a member of the Five Eyes intelligence-sharing alliance that also includes the U.S., Canada, Australia and the U.K. While the Australian government has already announced its decision to exclude Huawei from its 5G plans, the U.K., which rolled out 5G in six cities this year, has yet to state its view on Huawei.

Ardern pointed to the fact that the government hasn’t made any statements that override the GCSB’s decision.