Japan to mobilize over 9,000 police officers during Rugby World Cup 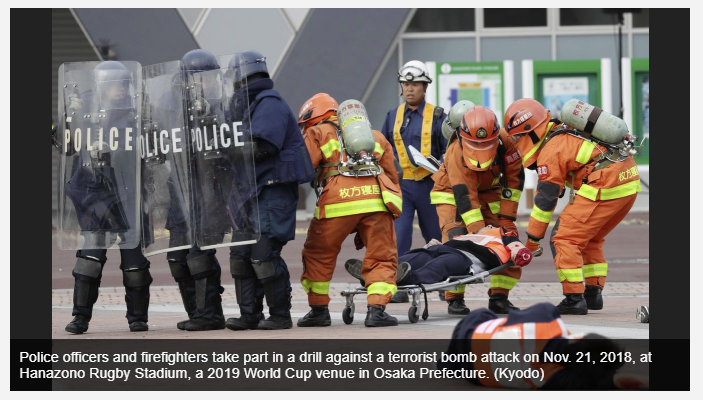 TOKYO — Japan will mobilize up to around 9,100 police officers to ensure safety during the Rugby World Cup starting Sept. 20, the National Police Agency said Thursday.

A total of 48 matches will be played at stadiums in 12 prefectures in Asia’s first Rugby World Cup through Nov. 2.

The Metropolitan Police Department will mobilize the largest number of officers, about 1,700, as the department will be responsible for guarding the tournament opener between Japan and Russia at Tokyo Stadium (Ajinomoto Stadium), among other matches.

The police in Kanagawa Prefecture, where the tournament final will be held at International Stadium Yokohama (Nissan Stadium) in Yokohama, are planning to deploy around 1,500 personnel.

Police in the other 10 prefectures are planning to deploy around 500 to 800 members each, according to the agency.

As part of efforts to beef up security during the major international sporting event, Japan has enacted legislation restricting drone flights near the match venues.