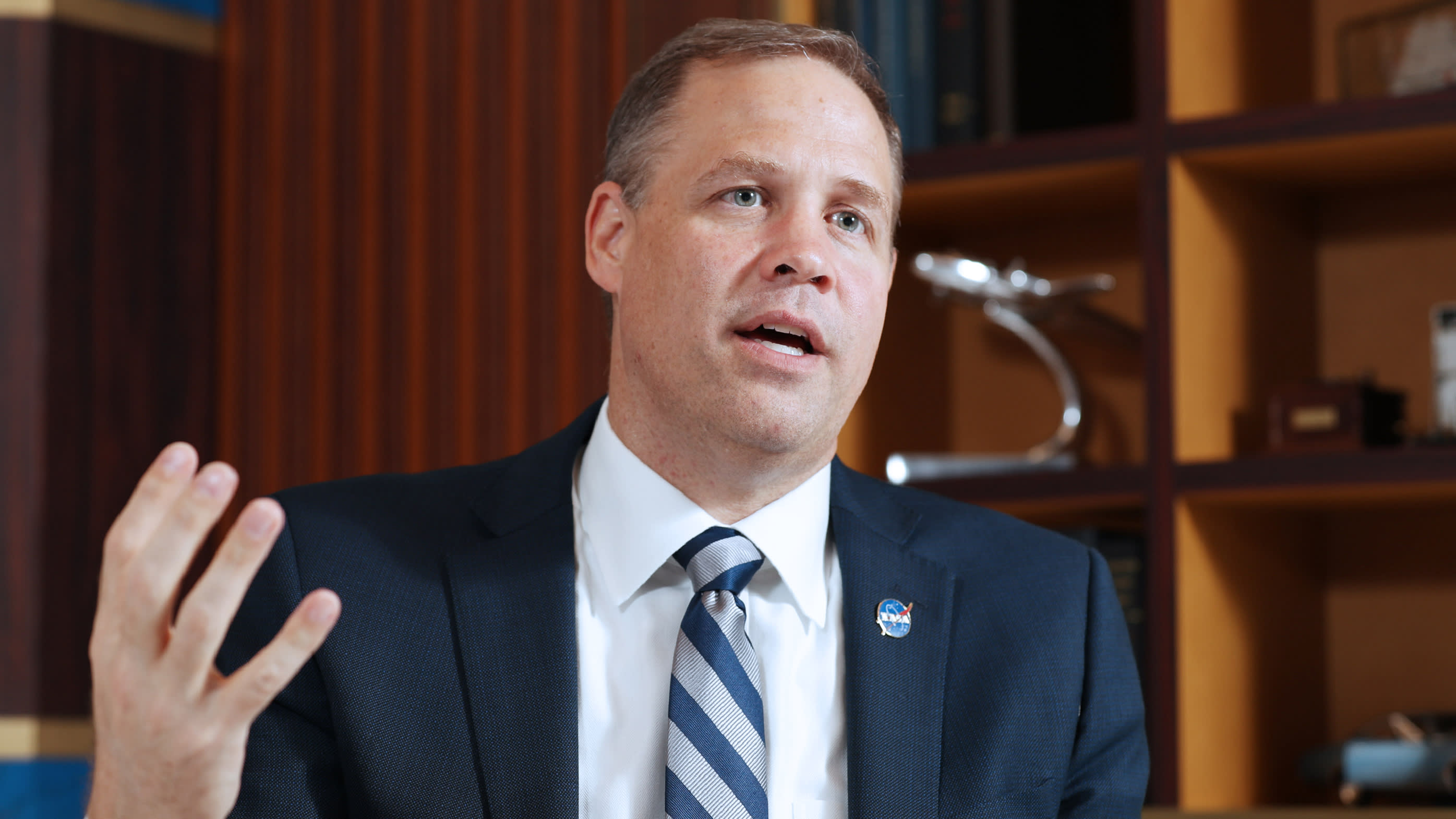 TOKYO — The head of the U.S. space agency on Tuesday criticized China for using space for military purposes, warning that any attempt to militarize it would be met by action from the U.S.

“China’s activities are in many ways aggressive in space,” said Jim Bridenstine, administrator of the U.S. National Aeronautics and Space Administration. “When we think about the future of space, we want it to be peaceful.”

The warning comes as competition for technological leadership intensifies between the U.S. and China. U.S. President Donald Trump has imposed a series of punitive tariffs and export restrictions against China, accusing the country of engaging in intellectual property theft and unfair trade practices.

Some suspect that China and Russia are developing satellites to attack other satellites or disrupt their operations. China earned notoriety when it shot down its own satellite with a missile in 2007, creating masses of debris in low-earth orbit, jeopardizing the lives of astronauts and the operations of other satellites.

Bridenstine stressed that NASA’s goals in space were for exploration, discovery and scientific purposes. “If we’re going to achieve what NASA wants to achieve, we can’t have people threatening to wreck low-earth orbit,” he stressed.

The Sino-U.S. rivalry comes at a time when space has been opened up to commercial activity thanks to technological progress that has made it less expensive and more accessible to private businesses.

China sees space as critical to its goal of becoming a major global power. The U.S. is concerned that China is not only trying to catch up technologically, but is seeking to test its satellite network, which is currently a weak link in its economic infrastructure.

China is already a major space power, being one of only three countries that have independently sent humans into space and constructed its own space station.

In January, it became the first country to land a probe on the far side of the moon. Beijing plans to send a manned mission to the moon and to build a research station there within the next decade and become a space power on par with the U.S.

The challenge for the U.S. is that, as a democracy, it is difficult to devote resources to space activity, when there are many other competing spending requests, such as for social security. As a result, it is looking to like-minded countries, such as India, to form partnerships.

“We see India as a potentially great partner,” Bridenstine said. “That’s how we see India. And India has the idea that they want to go to the moon as well.”

India is one of a handful of countries that have succeeded in putting a satellite into the moon’s orbit. In September, it aimed to become the first country to land a mission in the moon’s south pole region, without success.

The U.S. is leading a new international effort for manned space missions, known as the Lunar Platform Orbiting Gateway. The initiative involves putting a manned space station into lunar orbit to use as a base for missions to the moon and eventually to Mars.

Canada and Australia have formally announced their participation and support for the initiative. Japan has not made a formal commitment, but is widely expected to do so this year. Japan has built a research unit for the current International Space Station operating in low-earth orbit and delivers regular supplies to it.

“These technologies that have been developed by Japan have applicability at the moon,” Bridenstine said. “Japan has demonstrated great success in low-earth orbit and we want to take that all the way to the moon and eventually on to Mars.”

Dealing with orbital debris is another area of cooperation that Japan and the U.S. are examining.

Debris are created when satellites collide or explode and are expected to increase as the number of satellites multiplies, raising the risk of collision.

Bridenstine says that he wants to see the task of cataloging and tracking debris be moved to civilian operators. Currently the responsibility lies with the U.S. Defense Department, which tracks debris, and in cases of collision risk with a satellite, sends alerts to satellite operators, allowing them to move the satellite out of the way.

The challenge is to develop technologies that identify the location of debris much more precisely than the DoD is currently doing, so that satellite operators can gauge the risk of collision more accurately and take action to avoid it. NASA is also developing robotic technology to move debris out of orbit.

“Japan is a great partner in all of these activities,” Bridenstine said.