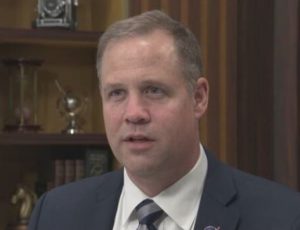 NHK reported this morning on an interview with visiting NASA Administrator Bridenstine. He reportedly said that it is “fully possible” for Japanese astronauts to conduct activities on the moon with their American peers under the Artemis lunar exploration plans. NHK said Bridenstine also said Japan has been an excellent partner in space exploration, so he expects the two countries can reach a broad agreement for cooperation in lunar exploration. The TV network reported that Bridenstine will be meeting with officials of the Japan Aerospace Exploration Agency (JAXA) and other relevant organizations during his visit to Japan and that he will announce plans for U.S.-Japan cooperation at a news conference later today. He reportedly also said during the interview that at this point there is no need to cooperate with China, which is rapidly expanding its space program.