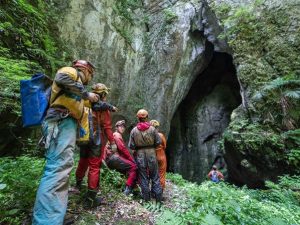 Many Japanese colleges one had an “adventure club,” an informal team of students willing to travel to places at home and abroad where few people have gone before. These “explorers” crisscrossed hundreds of miles of barren desert, climbed steep mountains in the dark, slipped into thick, muddy rainforests, and swam in near-frozen marshes. They ate insects and bizarre plants or sometimes drank river water for days at a time to experience the trip of a lifetime. Some of them courted danger, and a few paid for the quest with their lives. Two Waseda University students were killed by Peruvian soldiers while running the Amazon rapids in a makeshift raft in 1997. About a decade later, a Kochi University sophomore went in search for an underwater cave in Okayama and never returned.

Keiichi Shirato joined the expedition club of Ritsumeikan University in Kyoto in the early 1990s. As a member of the club, he traveled to Niger, Africa, together with five others and spent several months in the desert where all of them suffered from high fever and severe diarrhea caused by malaria and other diseases. However, they were still high-spirited and active in mingling with locals, shooting videos of planting and harvest festivals for Japanese TV stations, and writing travelogues for family and friends back home. This African tour was so enthralling that Shirato decided to devote his entire life to learning more about the Dark Continent. Upon graduation, he joined Mainichi Shimbun, which later sent him to Johannesburg as an African correspondent. He is now a professor of African regional studies at his alma mater and an advisor to its expedition club. 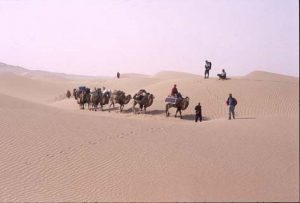 In an essay contributed to Asahi Shimbun (8/11), the academic notes that some university exploration teams have been suspended or disbanded due to a lack of interest. Only ten students currently belong to Ritsumeikan’s team, less than one-third the number in the 1990s. He delves into the unpopularity of expeditions, speculating that contemporary young people may be too busy to get out of their comfort zones at a time when satellite-collected imagery charts previously “uncharted territory.”

The nation’s first college exploration club was founded at Kyoto University in 1956. Other campuses followed suit. As team members were expected to endure severe abnormal living conditions especially on foreign shores, they usually prepared by camping out in Japan, where they lived in makeshift tents, swam many miles each day, and lived on a meager diet. Today’s youths, who grow up in a pampered environment of smart phones and fast food, probably find exploration to be meaningless, unproductive, and even ridiculous, Shirato suspects.

Since adventure club members spent months traveling in exotic places overseas, they also often skipped classes. As a result, some of them were not able to graduate even after four years. Still they landed promising jobs after graduation, as corporate employers appreciated their courage and unique experiences. College administrators and teachers at the time were equally generous, extending course registration deadlines for adventure club members or allowing them to make up for missed classes by submitting essays afterward. 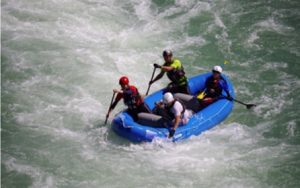 But according to Shirato, college authorities are no longer as tolerant of campus adventurers. In response to instructions by the Education Ministry that each course have a minimum of 15 lessons, colleges nowadays not only do not observe most national holidays but also arrange classes on Saturdays. They are also strict about class attendance. As a result, contemporary students are extremely busy. In addition, many of them take part-time jobs to pay tuition and college loans. Furthermore, job hunting by college students starts earlier than before, with most students now searching for internships and job interviews as early as their sophomore year. Consequently, most students can’t afford to engage in time-consuming, costly, and sometimes life-threatening extracurricular activities abroad. 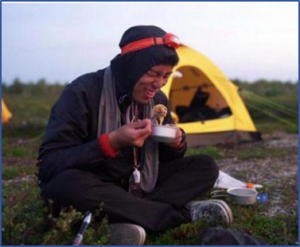 Shirato remembers a prof telling him ahead of his Niger tour: “If more students followed in your footsteps and skipped classes and went on adventures, the college would be in deep trouble. But exploration is an activity of searching and finding out about the unknown. A college without an exploration club would be unappealing.” The writer points out that when welcoming newcomers at entrance and initiation ceremonies every April, university and corporate leaders emphasize the importance of young people being brave and innovative and able to think outside the box. However, as the current education system makes it difficult to maintain a college exploration club, Shirato wonders whether the nation’s establishment is really hoping to see young people eager to break the mold, take risks, and face adversity.