New facility under construction at U.S. Army garrison in Okinawa 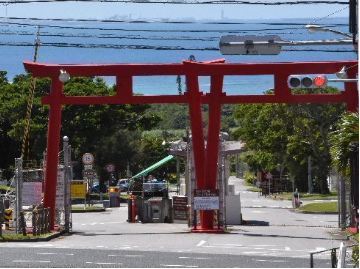 Yomitan — A facility for maintaining vehicles and weapons used by U.S. Army special forces (Green Berets) is being constructed at the U.S. Army’s Torii Station, Ryukyu Shimpo learned on Sept. 24. Located in the village of Yomitan, Torii Station is a communication base for the U.S. Army Garrison-Okinawa and implements military operations in the Indo-Pacific region. It is possible that the Green Berets’ functions will be enhanced further at this facility.

The construction project was noted in the U.S. Special Operations Command’s fiscal 2018 plan for military construction projects. The facility under construction is the Tactical Equipment Maintenance Facility (TEMF), and it will include a parking area for the maintenance of trucks and a storage area for weapons and parts. The new facility is designed to be used for at least 25 years. According to the construction project plan, the existing facility was built in 1953 and is now too small to support the expanding ground units and electric maintenance units. The garrison needs a larger facility as it will perform some functional issues as well. The project plan describes the TEMF’s role as “supporting intermittent operations and training in preparation for any kind of war and forces deployment.”

According to the government’s bid announcement website, a leading electric company that has a branch office in the city of Tomigusuku (headquartered in Fukuoka City) was awarded the contract for the construction project at 1.89 billion yen as of Mar. 25. According to a Yomitan Village official, a quadripartite meeting was held on Aug. 27 among Torii Station, Yomitan Village, the Okinawa Defense Bureau, and the garrison-hosting communities. During the meeting, U.S. military representatives described the TEMF as a “vehicle maintenance facility” and did not touch on weapons maintenance and storage, the source said.