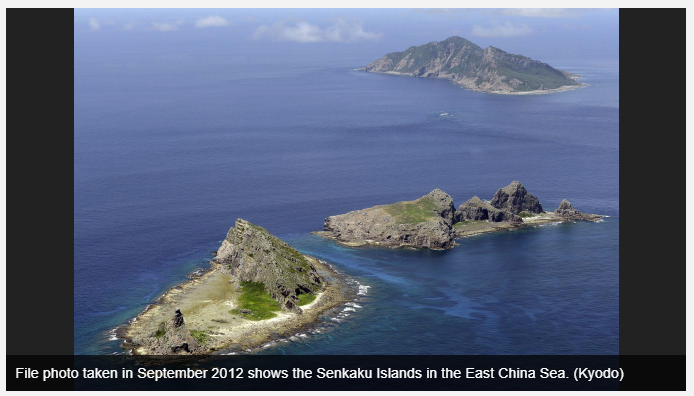 But the bombers did not violate Japanese airspace while flying in formation near the Japanese-administered islands on July 23, the official said. It is unusual for China and Russia to jointly fly military planes near the islets, claimed by China as Diaoyu and Taiwan as Tiaoyutai.

The bombers approached the Senkakus the same day as a South Korean fighter fired warning shots at a Russian military aircraft after it violated what Seoul claims as its airspace over South Korean-held, Japanese-claimed islets in the Sea of Japan.

The disputed islets in the Sea of Japan are called Takeshima in Japan and Dokdo in South Korea.

According to the official, two Chinese bombers and two Russian bombers rendezvoused over the Sea of Japan. They traveled southwest and passed over the Tsushima Strait before reaching the East China Sea.

The bombers flew toward the Senkaku Islands, but they split up about 90 kilometers northeast of the islets without violating the Japanese airspace.