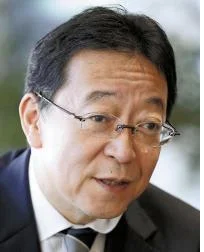 U.S. President Donald Trump has repeatedly said, “I will reduce trade deficits.” Trade issues are more important to the president than military affairs and regional security. That is even more true when his approval rates in opinion polls are lower than other candidates for the next presidential election.  Under the circumstances, the fact that Japan and the U.S. reached the final agreement on a bilateral trade agreement is significant for the maintenance of the two leaders’ relationship.

While President Trump can trumpet the outcome to his supporters in the agricultural industry, Japan was able to conclude negotiations over farm products within the standards of the Trans-Pacific Partnership (TPP) agreement without making significant concessions to the U.S. In addition, Japan no longer needs to worry about an additional tariff on automobiles. I consider the outcome fairly good for Japan since Tokyo has dealt with the Trump administration, which is out of ordinary compared with successive U.S. administrations.

By letting President Trump take credit for the trade deal, Japan can secure a degree of freedom in dealing with other political issues over which the two countries differ and lead Washington to greater maintenance of the international order. This will eventually raise Japan’s presence in the international community.

For example, Japan is far apart from the U.S. in its stance toward Iran. However, President Trump does not direct his criticism at Prime Minister Abe. This is because of the trust relationship with Abe and because the president does not want to wage war against Iran. Hence Japan should maintain its channels with the U.S. and Iran in order to prevent a clash between the two countries. This will make it easier for Japan not to participate in the American-led  “Maritime Security Initiative” and allow it to act independently as much as possible.

As the U.S. is leaning more toward protectionism, Japan has succeeded in keeping Washington in the framework of free trade. Consequently, this demonstrated to the international community Japan’s stance of actively maintaining the international order through a concrete example. This is also in line with the “Free and Open Indo-Pacific” initiative. European countries and Australia, which share values with Japan, will give high marks to the outcome. In this sense, the latest Japan-U.S. trade agreement has an effect beyond Japan and the U.S.

If Prime Minister Abe can keep President Trump from taking extreme measures and at the same time maintain Japan’s national interest, it would be a success for Japan’s diplomacy. The latest summit meeting went well. This is because under the long-term administration, Abe and relevant ministries shared a same strategy, thanks to the leadership of the Prime Minister’s Office, on the summit meeting in which the prime minister emphatically lobbied President Trump. Abe’s strong leadership may invite criticism but it is also an advantage.

Going forward Japan needs to be careful about the Japan-ROK relationship. President Trump is probably not interested in the discord between the two countries, but the international community shares a common understanding about Japan’s tightening its export controls. This understanding is that “Japan employed a trade measure to achieve a political purpose.” Currently, the U.S. is more dissatisfied with South Korea, but if the relationship deteriorates further, the U.S. may direct its criticism at Japan. Tokyo should realize this risk exists and deal with the ROK in a cool-headed manner.