Japan to pardon half a million on occasion of Oct. imperial ceremony 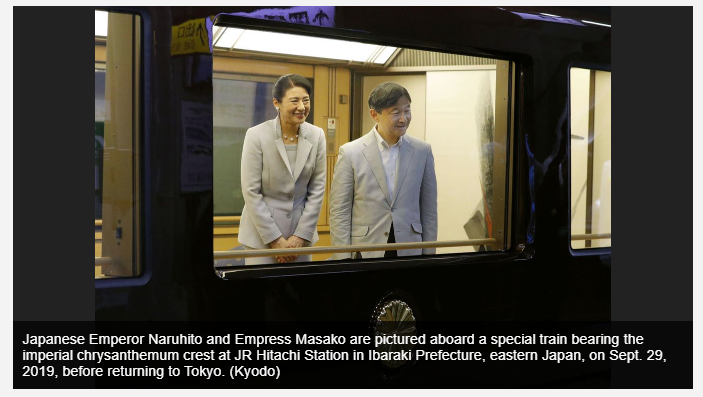 TOKYO — Japan is expected to grant pardons to 500,000 to 600,000 petty criminals on the occasion of Emperor Naruhito’s enthronement ceremony on Oct. 22, officials with knowledge of the plan said Wednesday.

The Cabinet of Prime Minister Shinzo Abe will formally approve the plan in mid-October, the officials said, adding that the pardons will involve those found guilty of minor infractions at least three years ago and fined.

The amnesty is expected to reverse a temporary prohibition on violators qualifying for national licenses and will restore their civil rights.

Those sentenced to imprisonment or to penal servitude for committing serious crimes will not be considered out of concern for the victims. There will also be no general amnesty or commutation for those convicted.

Under Japanese law, five years must elapse before those who have been convicted and fined can sit exams to get national licenses. But the pardons will speed up the process.

Given that the pardons are expected to be granted regardless of criminal charges, election law violators are also likely to have their civil rights restored under the plan.

Separately, the government is expected to grant special individual pardons to those fined for minor infractions within the last three years.

More than 10 million people received amnesties and had their civil rights restored in 1989 to mark the death of Emperor Hirohito, posthumously known as Emperor Showa, while about 2.5 million people were pardoned in 1990 to celebrate his son Emperor Akihito’s ascension to the throne.