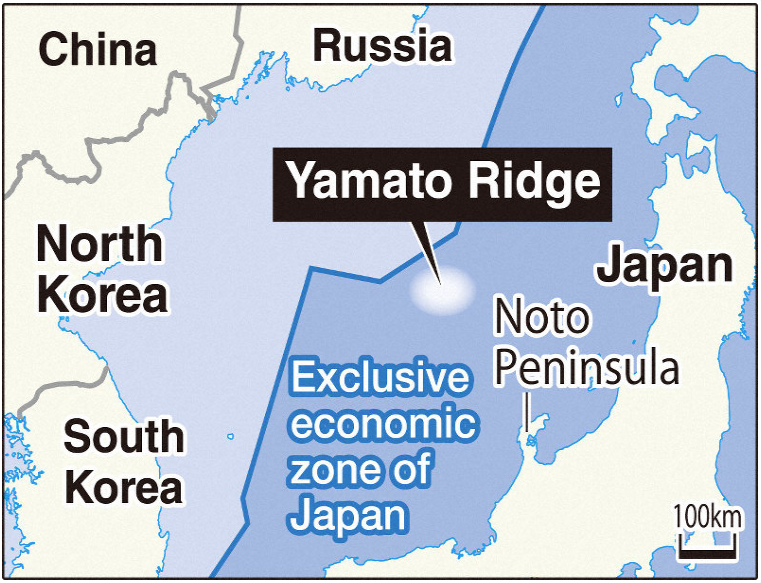 TOKYO — A North Korean fishing boat collided with a Japanese Fisheries Agency patrol vessel on the morning of Oct. 7 off the Noto Peninsula in Ishikawa Prefecture on the Sea of Japan, throwing some 20 North Korean crew members into the sea before the boat later sunk.

Japan is conducting a search and rescue mission near the site of the collision, approximately 350 kilometers northwest of the central Japan peninsula in the country’s exclusive economic zone, involving four of the agency’s ships, as well as a Japan Coast Guard aircraft, helicopter and three of its patrol vessels. More than 10 North Korean crew members have reportedly been rescued.

The North Korean boat is believed to have been fishing for squid. The agency’s ship, on the other hand, is reportedly able to run on its own power with no information about injuries.

According to the coast guard, the site of the collision is close to Yamato Ridge, known for its good fishing grounds, where a number of illegal fishing incidents by North Korean and Chinese ships have been reported. On Aug. 23-24, a high speed boat raising what appeared to be the North Korean Navy flag was spotted closing in on Fisheries Agency and coast guard ships near the collision site, while crew members flashed objects that looked like guns.

The agency says it has been on the alert as North Korean ships have been spotted illegally catching fish in the area since mid-May. The two ships collided while the agency’s patrol ship crew members were telling the North Korean boat to leave the area.

According to the coast guard, it has issued warnings against 1,016 foreign boats that were fishing illegally at Yamato Ridge between late May, when the organization beefed up its measures against North Korean fishing boats, and 8 a.m. on Oct. 7. Of the 1,016 boats, 189 vessels ignored the warnings, prompting Japanese patrol ships to shoot water at the boats to remove them from the area. The number of warnings issued in May-July had declined compared to the same period last year due to poor catches, but the figure increased in August-September by 181 boats from the previous year to 356. Last year the Fisheries Agency issued warnings to 5,315 boats, including North Korean vessels, over illegal fishing at Yamato Ridge.

In response to the collision, the Japanese government has set up an information room at the Prime Minister’s Office crisis management center.