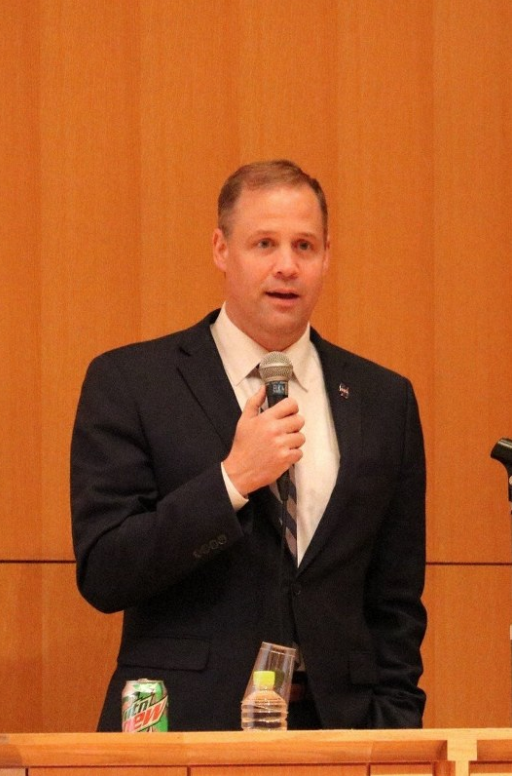 NASA Administrator Jim Bridenstine talks of the significance of exploring the Moon and Mars (at the University of Tokyo’s Yayoi Auditorium in Bunkyo Ward, Tokyo, on Sept. 24; photo by Tomohiro Ikeda).

Jim Bridenstine, administrator of the National Aeronautics and Space Administration (NASA), gave a lecture to students and others at the University of Tokyo on Sept. 24, during which he introduced the Artemis Program, a U.S. initiative to send astronauts back to the Moon by 2024. The project has been designated as a step toward crewed exploration of Mars. In his talk, Bridenstine called for Japanese collaboration, saying, “I would like to see Japan participate in the adventure of exploration.”

The Artemis Program is the first U.S. plan for crewed exploration of the Moon in about 50 years since the Apollo Program in the 1960s and 1970s. The Artemis Program will put the first female astronaut on the Moon. Artemis is the goddess of the Moon in Greek mythology and is the twin sister of Apollo. Bridenstine explained the background to the naming of the project as follows: “Women could not become astronauts in the 1960s, but today diversity is being promoted at NASA, too. Artemis symbolizes female astronauts.”

After returning astronauts to the Moon, the United States aims to create a base on the Moon [for sustainable missions] by 2028. Bridenstine described the goal: “There is water on the south pole of the Moon so astronauts can live there for extended periods. Harnessing this technology, we would like to turn toward Mars, where there have been various discoveries in recent years, including the discovery of water underground.” “I would like to see American astronauts and Japanese astronauts go to the Moon together,” he added. 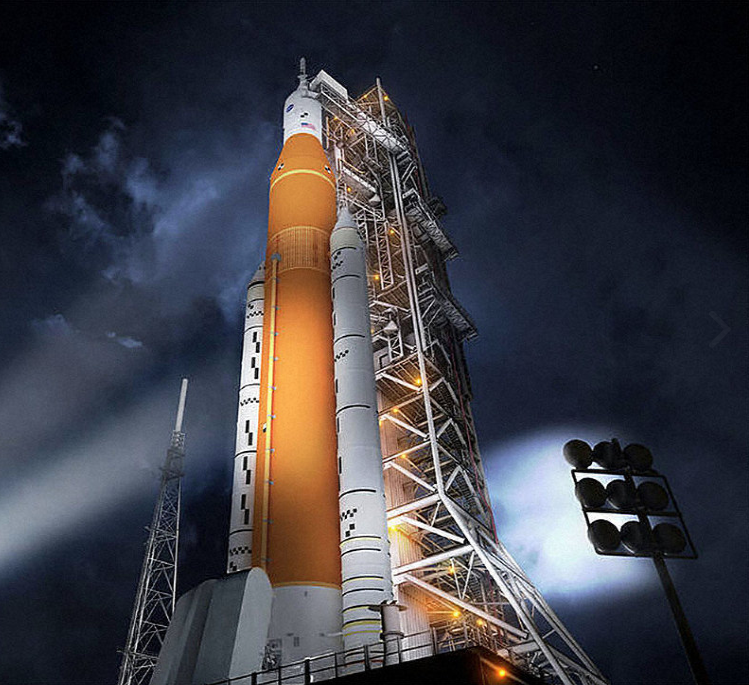 NASA plans to achieve the Moon landing in three stages. In the first stage, NASA will launch an uncrewed spacecraft to the Moon in 2020 using its massive launch vehicle known as “Space Launch System (SLS).” It is planned for the SLS to transport two microprobes that the University of Tokyo is involved in developing. Bridenstine said, “This will have a great impact on future space exploration.” 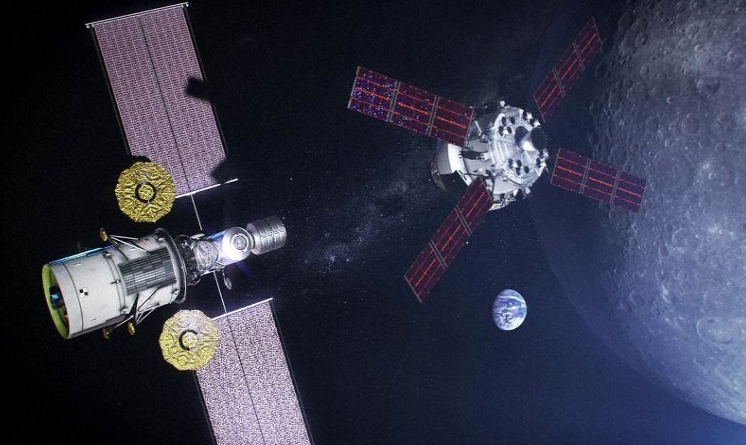 Gateway, the lunar-orbiting space station, to be used in the Artemis Program (left) and an image of the spaceship for the astronauts (courtesy of NASA)