70% say they have not reduced their spending because of tax hike, Yomiuri poll 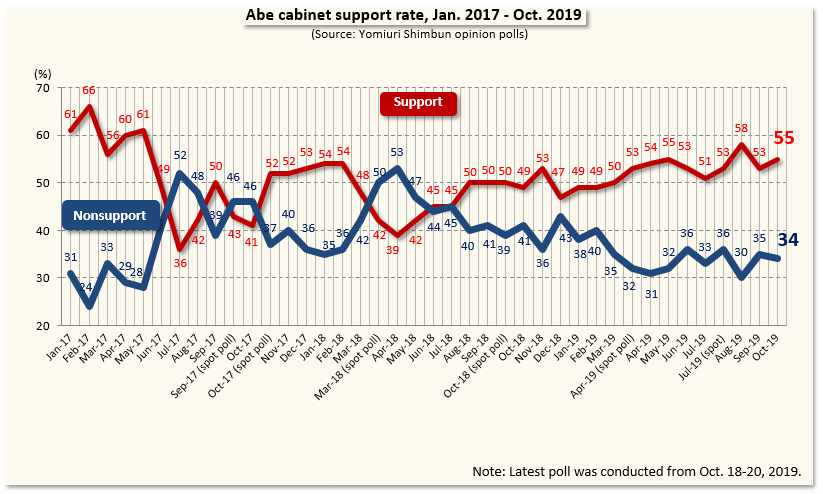 The consumption tax rate was raised to 10% [to secure] financial resources to appropriate to enhancing social security and making education free. Respondents were split on their view about this, with 48% saying they approve of the tax rate being raised for this purpose and 43% saying they do not.

Some 28% said that they have increased their cashless purchases in order to use the reward point system introduced at the time of the tax hike, while 70% said they have not.

[Polling methodology: The nationwide survey was conducted on Oct. 18–20 on a computer-aided random digit dialing (RDD) basis and targeted voters aged 18 or over with calls placed to landline and mobile phone numbers (excluding landline numbers in certain parts of the following nine prefectures that suffered damage in Typhoon Hagibis: Miyagi, Fukushima, Ibaraki, Tochigi, Gunma, Saitama, Niigata, Nagano, and Shizuoka). Valid responses were received from a total of 1,046 persons, including 540 persons (out of the 943 households with one or more eligible voters) for landline numbers and 506 persons (out of the 1,200 persons who answered) for mobile numbers. The valid response rates were 57% for landline numbers and 42% for mobile numbers.]