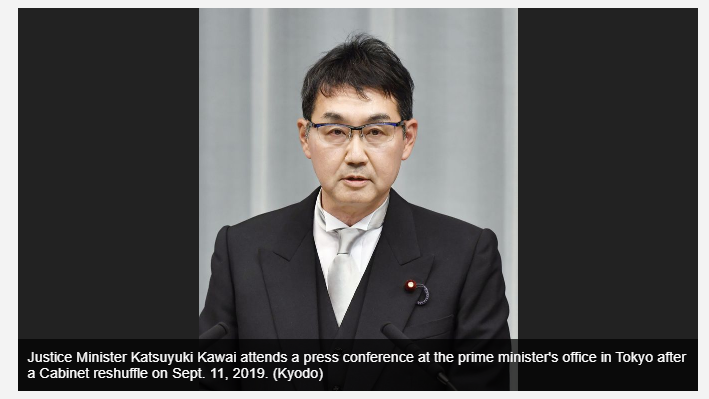 Anri Kawai, who won a House of Councillors seat in July, is suspected of having paid staff members a daily allowance that exceeds the amount permitted, the Shukan Bunshun weekly magazine reported online Wednesday.

“Neither my wife nor I was aware of (the alleged wrongdoings),” Kawai told reporters after submitting his letter of resignation to Abe at the prime minister’s office.

“I will get to the bottom of them and fulfill my responsibility to clear them up,” he said.

The House of Representatives lawmaker, who previously served as foreign policy advisor to Abe, assumed his first Cabinet post in a reshuffle in early September.