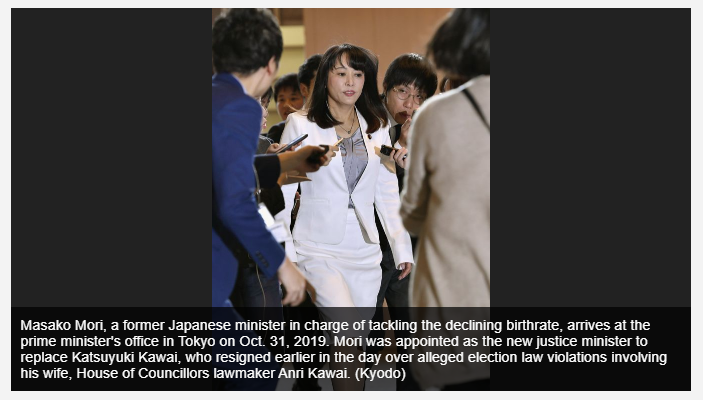 TOKYO — New Justice Minister Masako Mori is known for promoting the empowerment and workplace participation of women, based on her own experience of balancing career and family life.

The 55-year-old former lawyer, and mother of two, is serving her third term as an upper house lawmaker. She took her first Cabinet post in 2012, as a minister leading efforts to address the country’s declining birth rate and with responsibility for consumer affairs.

She has spoken at seminars and traveled across Japan to promote the idea of getting more women into work, as the country faces a severe shortage of employees amid a rapidly aging population.

The Fukushima Prefecture native grabbed attention in 2013 when — as a minister in charge of the legislation — she led Diet debates over a controversial secrecy law.

Mori’s work on consumer affairs carries particular resonance, after her father went bankrupt when she was a small child.