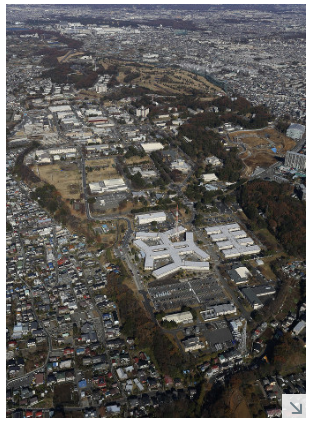 On Nov. 1, some 50 members of the All Japan Garrison Forces Labor Union (Zenchuro), a labor union for Japanese workers at U.S. bases, staged a protest rally in front of the main gate of the U.S. Army’s Camp Zama (Sagamihara and Zama cities). They argued that Japanese employees working at the base have been harassed by American bosses and supervisors to the degree that it has compromised their human rights.

Japanese workers at U.S. bases in Japan are employed by the Japanese government, which provides the U.S. forces in Japan with workers based on their need for labor. Zenchuro is composed of such workers.

According to Zenchuro, an employee who is eight months pregnant (a Zenchuro member) working at a facility for students on Camp Zama was notified by her American boss of a change in her working conditions in June this year. She was hired under the condition that the basic working hours would be from 8:00 a.m. to 5:00 p.m. including at least one night shift a week. But she was told that her working conditions would change to the night shift from Monday through Friday. The union said the union member asked her boss to reconsider the decision as she was expecting a baby but the boss brushed her off.

In response to Zenchuro’s request, the Ministry of Defense asked the U.S. forces in Japan to prevent a recurrence, saying forcible changes of working hours are in violation of the Labor Contracts Act. On Nov. 1, the Zama Defense Office of the Ministry of Defense’s South Kanto Defense Bureau received a response from the U.S. forces in Japan that the union member’s working hours would be restored to the original hours and presented the written response from the U.S. forces to Zenchuro. Tomoyuki Iijima [spelling not confirmed], president of Zenchuro’s Kanagawa region headquarters, says, “Union members also face other problems, so we’ll continue our activities to settle the problems.”