LDP’s Amari poised to use tax to drive policymaking 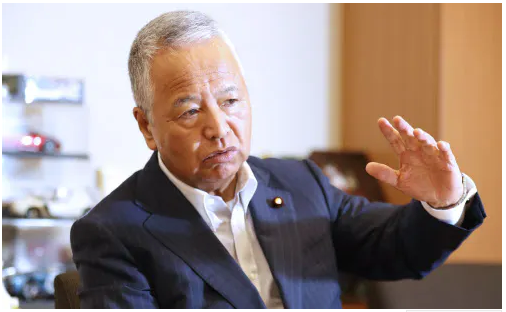 The Research Commission on the Tax System of the ruling Liberal Democratic Party (LDP) will launch in late November full-scale discussions on tax system revisions for fiscal 2020. Chairman Akira Amari underscores his intention to demonstrate through the tax system the overall policy direction that should be pursued with an eye on fiscal 2020 or later.

The commission aims to prompt companies to take measures with regard to the tax system centering on the three areas: “Shift from saving to investment” to spur growth investment; “digital taxation” in response to progress in the data economy; and “economic security” in light of trade frictions between the U.S. and China.

Amari insists he will “use tax to drive policymaking” and indicates his willingness to lead future policy discussions from the perspective of the tax system. After a board meeting of the tax research commission held on Nov. 12, he told reporters: “The tax research commission is not just for assigning scores to requests made by government offices and industries. It should play a role in guiding policymaking to formulate desirable policies.”

Amari aims to establish a tax system capable of prompting companies and individuals to change their actions in order to adapt to digitalization and other changes in the global economy.

The source of profits in the global economy is shifting from manufacturing, Japanese corporations’ strong suit, to the utilization of big data held by such IT firms as Google and Facebook. A delay in responding to the digital economy could also weaken the Japanese economy.

As a way for Japan to make up for its slow start, Amari is focusing on the fact that the undistributed profits of Japanese companies reached a record high for seven consecutive years in fiscal 2018. He envisions a new tax system that can divert unused corporate funds to growth investment for the data economy.

The tax research commission will consider measures to reduce corporate taxes for major companies that merge or acquire startups that have unique technologies or business models.

The commission will also discuss new rules on international taxation that respond to the digitalization of the economy. A new plan released by the Organisation for Economic Co-operation and Development (OECD) in October does not take into account differences between industry sectors and earnings structures, but imposes taxes according to overseas sales and profits in a uniform way.

Amari believes that even though Japanese manufacturers and the GAFA tech giants are all global companies, the way they make money is different.

The Group of 20 countries and regions (G20) is discussing a future concept for international taxation to reach a general agreement in January 2020. Japan aims to include its ideal future concept in an outline of the ruling bloc’s tax system revisions to be compiled at the end of the year in order to be involved in the establishment of international rules.

Japan also believes it is important to address the U.S-China trade friction, which involves cyberspace, economic diplomacy, and security, from the perspective of the tax system. The communications ministry is calling for the establishment of a tax system to support investment in the next-generation 5G mobile network when the tax system is revised in fiscal 2020. A plan is emerging to require companies that make such investments to take security measures against cyberattacks and other threats to be eligible for the tax scheme.

The U.S. is calling on relevant nations not to use 5G-related Chinese products. Amari pointed out on Nov. 12, “China’s Huawei offers the best 5G base stations in the world in terms of economic efficiency, but we can’t just go ahead and use them.”

He added: “The problem is that when communications systems are not based on the shared values of freedom and the rule of law, all sensitive security technology and data could be collected. The issue involves not only economic fundamentals but also security,” expressing his intention to study cross-sectional measures including the tax system. (Abridged)