Japanese sensor to hunt for oil and gas from orbit 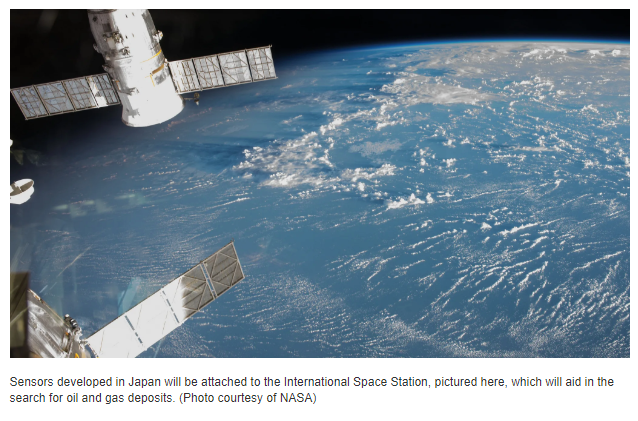 TOKYO — The Japanese government will launch as early as Thursday morning a high-precision sensor into orbit that can be used to search for oil and natural gas from space.

The device, developed in Japan, is called hyperspectral imager and can identify different wavelengths of light more precisely than conventional sensors. It can also spot signs of oil and natural gas deposits from space.

The sensor will be able to see where oil seeps naturally into the ocean, aiding in undersea oil exploration. It will also be used to look for shale oil deposits in the U.S. The sensor data will be made available to government-owned Japan Petroleum Exploration and to private businesses. The government is considering disclosing satellite image and other data for free, exclusively to Japanese companies.

While the location of oil deposits cannot be pinpointed precisely using the sensor data, the information will help narrow the search for new reserves and improve the accuracy of ground-level exploration.

The sensor can identify substances much more precisely than those on NASA satellites. It is capable of spotting about 30 different minerals, nearly three times as many as conventional sensors. Because it can identify various materials on the Earth’s surface, it can also be used in environmental assessments, scanning for salt damage in the soil, for example. The government hopes the sensor will enable private companies to analyze big data for mineral prospecting, among other uses.

The Ministry of Economy, Trade and Industry spent more than 15 billion yen ($137.4 million) from fiscal 2007 to fiscal 2019 to develop the sensor, in partnership with the Japan Space Systems and other organizations.