Carlos Ghosn flies to Lebanon despite awaiting trial in Japan

Bail terms for ex-Nissan chairman required he stay in Tokyo 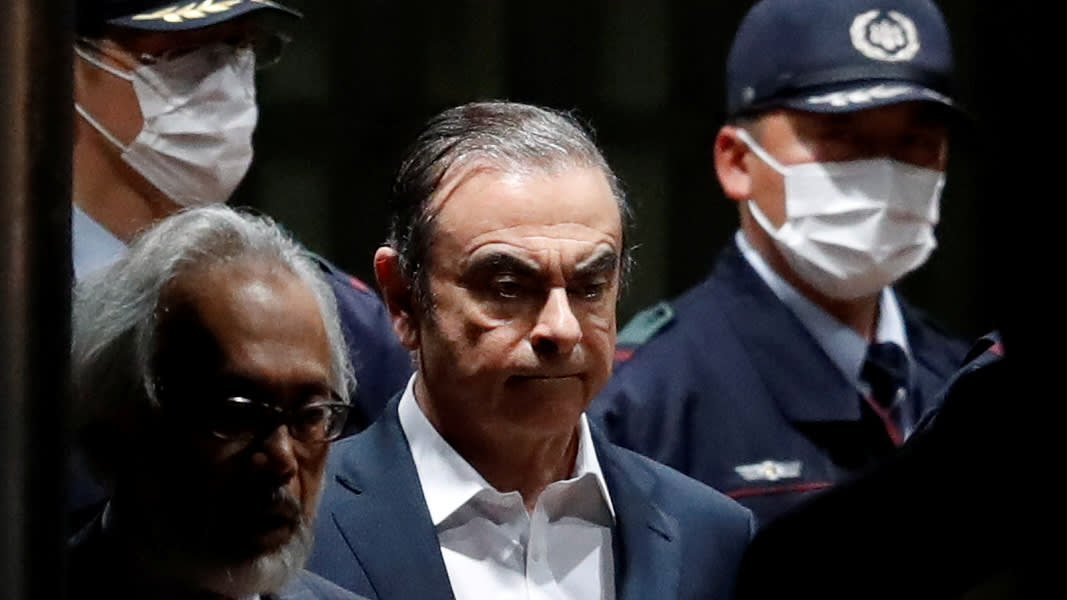 PARIS — Carlos Ghosn, the former chief of Nissan Motor and Renault, arrived in Beirut on Sunday after leaving Japan, where he awaits trial, according to multiple media reports.

Ghosn faces four charges in Japan, including hiding income. He was released on bail in April on the condition that he stay at a Tokyo residence. The circumstances of his departure from Japan remain unclear.

Lebanese newspaper Al Joumhouria, which broke the news, said that Ghosn — who has Lebanese citizenship — arrived in Beirut from Turkey on a private plane. He is expected to hold a news conference soon, according to one report.

The Wall Street Journal reported that Ghosn has “fled” Japan because he does not believe that he will get a fair trial there, quoting a person familiar with the matter. He is “tired of being an industrial political hostage,” the source said.

After being released on bail, Ghosn had been living in a Tokyo house under conditions set by the court. He was frequently visited by counsel and spent time on a computer, although his internet access was also restricted as part of the bail conditions.

The former chairman was indicted on charges of underreporting roughly 9.1 billion yen ($83 million) in compensation as well as having a Nissan subsidiary in the United Arab Emirates pay a total of $10 million to a distributor in Oman, and having $5 million of that transferred into a savings account at a Lebanese investment firm that he controlled.