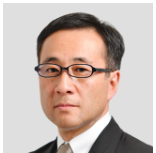 Prime Minister Shinzo Abe visited China from Dec. 23 to 25 and met with Chinese leader Xi Jinping and others. “I attach extreme importance to your visit,” Abe told Xi referring to the Chinese leader’s visit to Japan as a state guest slated for spring next year [2020]. By choosing the words “a new era,” Xi indicated his desire to raise bilateral cooperation to the next stage.

There is a view that China is cozying up to Japan only temporarily to weather the confrontation with the U.S. Such view is, however, inaccurate. Since the fall of 2014, the Chinese leadership has attempted to improve its relationship with Japan aiming in part to prevent the Japan-U.S. alliance from being further strengthened .

The tension involving the Senkaku Islands remains unchanged but efforts to improve it will continue after Xi’s visit to Japan. It is desirable that bilateral relations, which were volatile–the slightest provocation could have sparked a war, improve and become stable.

Since the 1970s, when Japan and the U.S. normalized diplomatic relations with China, a structure in which Japan and the U.S. differ over the relationship with China as seen at present has rarely occurred. During the Cold War, with the Soviet Union as a common enemy, the U.S. and China deepened military cooperation and “in effect built a relationship similar to a quasi-alliance” (according to a former U.S. government senior official).

Even after the Soviet Union’s collapse, the U.S. and China remained close. This is because the crisis involving North Korea and the expansion of business relations served as new magnets between the two countries. This changed, however, in the middle of 2010s, when China disclosed its ambitions to dominate at sea and in high technology development.

Japan will, however, have to face a more difficult situation. The competition between the U.S. and China for dominance will continue for the next 10 years or longer. Washington’s China policy will become further uncompromising in every aspect.

The U.S. will undoubtedly urge allies like Japan to keep step with Washington’s China’s policy. The U.S. may not only eliminate Chinese companies from important infrastructure but also keep in check Japan-China cooperation in high technology companies and research institutes. If Japan aligns itself with the U.S. strategy, China will grow angry, which will make the Japan-China relationship tense again. If Japan hesitates to side with the U.S., Washington will resent Japan’s defiance, which will become a sore point in the Japan-U.S. relationship.

How should Japan act? The worst thing for Japan is to try to please everybody. As long as Japan depends on its alliance with the U.S., Tokyo should attach importance to Washington, not Beijing. What would happen if Japan sides with the wrong partner? The country should have learned a lesson from the Tripartite Pact between Germany, Italy, and Japan before the Second World War.

Unlike the U.S.-China relationship, leaders’ reciprocal visits between Japan and China have been stalled in recent years. A Chinese leader has not visited Japan for over 10 years. Japan and China are only now trying to rectify such an unfavorable situation. The foundation of the Japan-U.S. alliance remains firm.

This is how the Abe administration carefully explains behind the scenes to Washington its efforts to improve its relationship with China. For now, the U.S. shows understanding for Japan’s position and no visible friction is seen between the U.S. and Japan. “It is good thing if Japan and China ease tensions,” said a senior U.S. government official. We are not concerned that the two countries will become too close.”

There remains a potential problem, however. Demonstrations continue in Hong Kong. With growing criticism of China’s crackdown on Uyghurs, the U.S. House of Representatives passed a bill calling for sanctions on senior Chinese officials. If the situation becomes more tense, it would be only natural for Washington to criticize Japan for having the Chinese leader Xi as a state guest and treat him with a gun salute and a banquet at the Imperial Palace.

If Xi’s scheduled visit nevertheless serves Japan’s national interests, the government should invite Xi as scheduled and pave the way for the improvement of the Japan-China relationship. Since China is superior to Japan in economic and military power, Tokyo will be unable to sustain its strength if tense relations with China are prolonged.

If, however, the Japan-U.S. relationship is undermined at the expense of improving the Japan-China relationship, negative effects rather than benefits would accrue to Japan. Japan’s diplomacy would be weakened and China would take harder stance over the Senkaku issue. The failure of the former Hatoyama administration of the now- defunct Democratic Party of Japan demonstrated this.

The wisest thing for Japan to do is to continue improving the Japan-China relationship to the extent that the Japan-U.S. relationship is not undermined. The “line” that the U.S. does not want Japan to cross is clear to some extent. In response to my questions, sources connected with the U.S. government defined that line as follows:

These measures will not benefit Japan in the first place. America’s China sanctions are aimed at preventing China from violating intellectual property rights and rectifying China’s state capitalism policy.

What Japan should first achieve  is an outcome that will benefit regional stability. In 2008, Japan and China struck a deal on joint gas field development to prevent conflicts in the East China Sea. The two countries, however, have yet to implement it. They should attach high priority to putting it into practice. It is also important to establish a hotline between defense leaders of the two countries.

With the scheduled visit to Japan as a state guest, Chinese leader Xi must be anxious to achieve a diplomatic success. Under the circumstances, Japan stands at an advantage in negotiations with China. Tokyo should fully use its advantageous position.