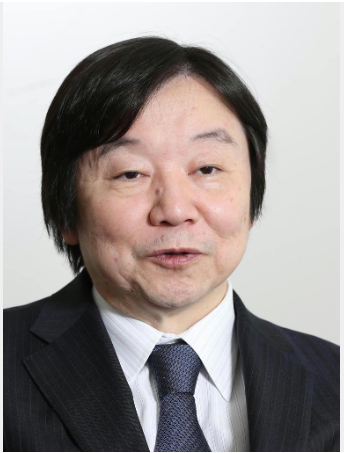 By Matake Kamiya, professor at the National Defense Academy

The situation of the Japan-U.S. alliance these days is rather odd. Even though it is “stronger than ever,” the Japanese people continue to have lingering concerns about its future. Redefining its relationship with the U.S. in its security policy for the 2020s will be a major challenge for Japan.

Will common sense continue to function?

It was fortunate that post-war Japan was able to proceed with its security policy on the axis of the alliance with the U.S., the most powerful country in the world. But now it seems that a situation has begun to emerge in which the maintenance of the solid Japan-U.S. alliance is no longer guaranteed solely by Japan’s intention. It used to go without saying that the U.S. wouldn’t take an attitude that would weaken the alliance, which is indispensable for its global strategy, as far as Japan fully made security efforts as an ally. But the Trump administration’s policy on alliances makes it uncertain whether this common sense will continue to function.

President Trump says that the U.S. is being exploited by the militaries of wealthy nations around the globe that it supports. He thinks alliances are devices for the U.S. to protect its allies but does not think they are necessary to maintain the U.S.-led international order. As a result, his policy on alliances is just as fraught with uncertainly as his other diplomatic policies. There is no reason to view the Japan-U.S. alliance as a special exception.

Even if the Democrats win next year’s presidential race, the U.S. policy on alliances will not necessarily revert to the “pre-Trump” era, because many Americans empathize with the President’s desire to extract the U.S. from cumbersome and costly international problems as much as possible. This thinking forms the basis his America First policy.

If uncertainty is increasing in the U.S.’s alliance policy, merely insisting on the axis of the Japan-U.S. alliance is no longer enough for Japan’s security policy, because Japan needs to be prepared for U.S. policy shifts that are unfavorable to Japan. To do so, Japan needs to reduce its security dependence on the U.S.

That should not damage the alliance, however, because continuing to join hands with the world’s most powerful country, which shares basic values and philosophy with Japan, is the optimal scenario for Japan amid the rise of China and the revival of Russia. But it is not easy for Japan to reduce its dependence on the U.S. while maintaining a strong alliance. Nevertheless, there are at least two things Japan can do to achieve that goal.

Promotion of the joint use of bases

One thing Japan needs to do is take measures to ensure U.S. involvement in Japan’s defense. In order to prevent a nightmare scenario in which the U.S., after strengthening its no-intervention policy, is reluctant to act in a contingency in Japan, Japan should create a situation where the U.S. has no choice but to defend Japan. Such a situation can be created by promoting the joint use of bases between the Self-Defense Forces (SDF) and the U.S. Forces Japan (USFJ).

The other thing Japan needs to do is lower its dependence on the U.S. by improving its capability to defend itself. Japan’s current defense spending accounts for a little over 0.9% of the country’s gross domestic product (GDP), far less than China’s 1.9% and South Korea’s 2.6%. Increasing defense spending can also ease the inequitable defense burden sharing between Tokyo and Washington, which President Trump sees as problematic. Thus, this is another way to “kill two birds with one stone.”

As the first step, Japan can respond to the U.S.’s request for it to increase its host nation support by boosting its own defense spending. It has been reported that the Trump administration asked Japan to quadruple its host nation support. If Japan were to do that, the increase would amount to some 600 billion yen a year. If this amount were added to Japan’s defense spending, its total expenditure would increase by some 11%.

Japan also needs to modify the substance of its defense capability. I think the “spear and shield” role-sharing between Japan and the U.S. should be reexamined. The U.S. has the most powerful military in the world and Japanese people want to uphold pacifism. Therefore, it is rational for the U.S. military to primarily engage in offensive operations and for the SDF to focus on defensive operations in the event of a contingency in Japan.

But the idea that Japan cannot possess “spear” capabilities is problematic. A country that does not have offensive power cannot maintain its own deterrence. Furthermore, the increased uncertainty in the U.S.’s policy on alliances is making it less certain that the U.S. military would implement offensive operations as promised in an contingency. Japan should consider obtaining a certain degree of offensive capability, including the introduction of cruise missiles as a means to attack enemy bases.

A great deal of innovative thinking will be needed to reduce Japan’s dependence on the U.S. while maintaining the Japan-U.S. alliance. The suggestions I have made in this article are just the beginning.